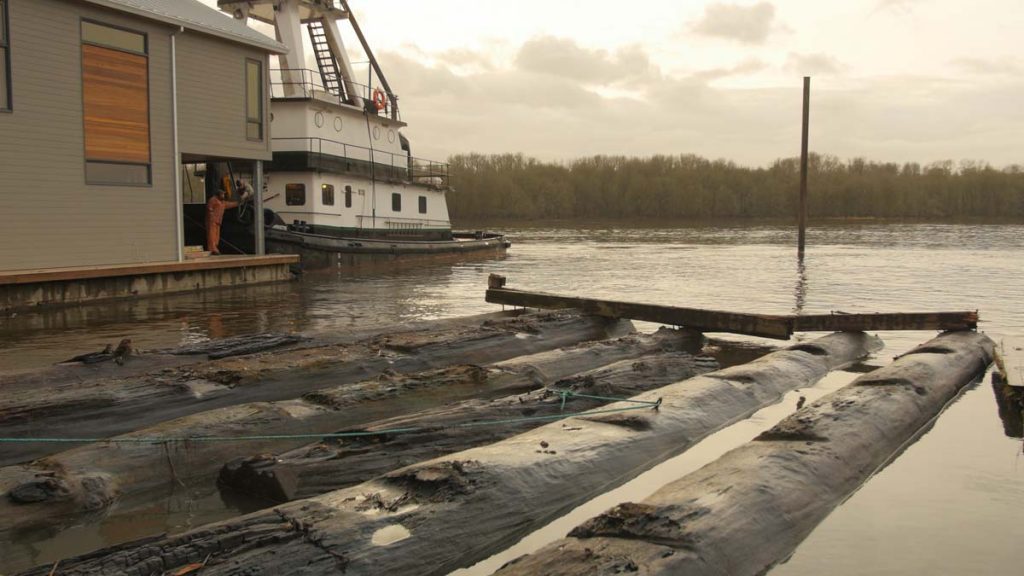 Floats engineered specifically to support homes are crucial to the design.

We should do these everywhere – hat tip daytrip:

“There’s a lot of action and fun when you’re building a floating home,” says builder Marc Even.

“There are also a lot of logistics,” he adds with a chuckle.

Even is owner of Even Construction and builder of one-of-a-kind homes that live on the water in Portland, OR. “My in-laws’ home was the first floating home I built, 20 years ago, and I fell in love with the process,” he says.

A love of water runs deep in his history. His father was a Navy captain who started building homes for entertainment after he retired. Those were “land homes,” as Even says.

Even grew up in San Diego’s surfing culture, and he has brought that sport’s upbeat attitude to his homebuilding career. Although he does build custom land homes, he says constructing floating homes is more exhilarating. “I build homes for people who want some excitement in their lives,” he explains. “The river is a unique environment.”

He’s built floating homes for doctors, lawyers, judges, hospital presidents and comedians — anyone looking for a different way of living.

From start to finish, the building process takes Even and his crew eight months to a year. Log float homes are built on the water at the company’s facility in St. Helens, OR, and concrete float homes are launched after they are built.

While a concrete float might seem counterintuitive, it’s not a new concept — just one that is increasing in popularity. These floats are specifically engineered to suit your home, and can even incorporate radiant floor heating. They have superior support, and last for decades with little maintenance.

The trickiest part is maneuvering the home from the company’s building site to its new moor. The river has its ways, but so do Even and his crew.

Building floating homes takes a lot of patience. Not many builders are willing to tackle the task. “Everything is moving and bouncing around,” Even says. “It’s a lot of work. Land homes don’t move, and they’re level. There’s no such thing as level on the river.”