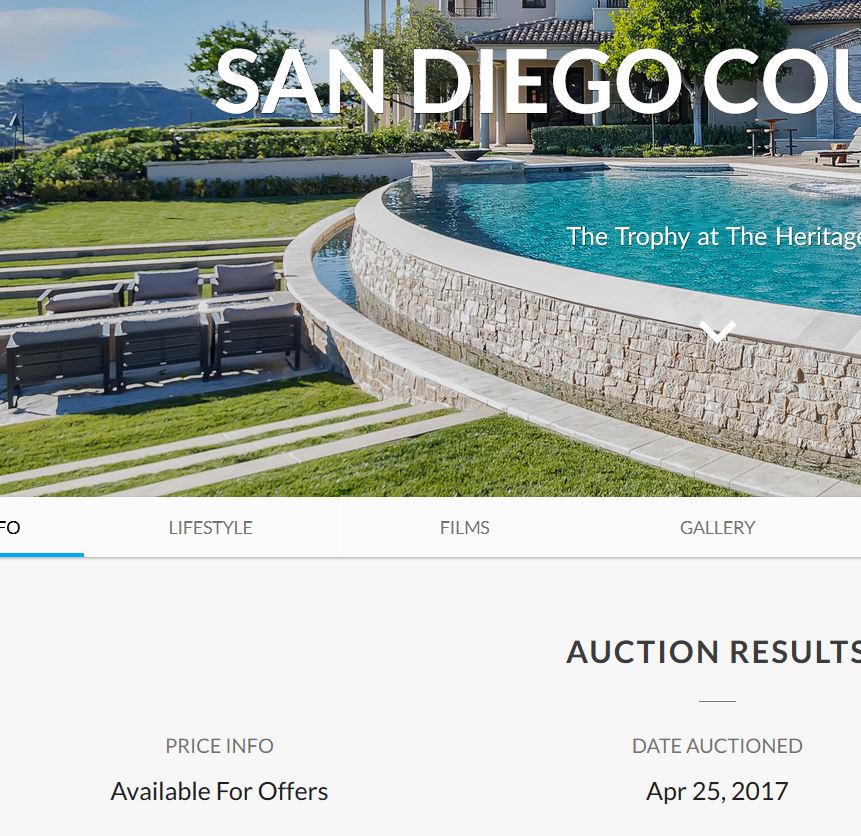 I went on the auction mobile app shortly after the auction should have started today, and there wasn’t a trace of any action.  On the MLS listing there is no mention of any auction, and it is an active listing, priced at $11,500,000 just like it has been since December 9th.

Did anyone else see or hear of anything?

The clip above from the auction-house’s website shows it being available for offers tonight, so it appears that the postponed auction was actually a dud.

Our reader elbarcosr described what might have happened after the first auction postponed on April 20th:

We all know the story. He wants 10 mil + and there aren’t any takers. If you open the bidding and there are no bids, is it really an auction?

Until we get to a point where sellers will commit to a reasonable opening bid with no reserve, auctions will remain a gimmick or a small refuge of the uber-houses. Problem is the opening bid needs to be below ‘perceived’ market value to generate the buzz and most sellers aren’t willing to do that.

But it was George T. that guessed specifically on the afternoon of April 20th that the auction would fail:

JtR: I am guessing it might not have a deal – a failed auction. George T

Pending any other evidence to the contrary, George is the winner of the Padres tickets!  Congratulations George – great guess!

This doesn’t look good for the auction house either. If they are going to be advertising no-reserve auctions – which they did in this case – then they need to let ’em fly and the sellers need to bite the bullet.