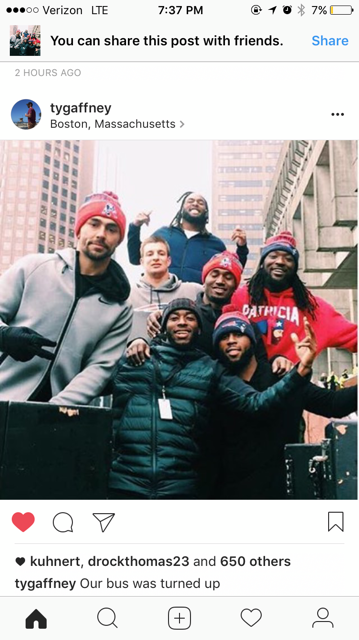 Congratulations to Kayla’s good friend Tyler Gaffney (on the left in photo), who was CIF Player of the Year when he helped Cathedral win the state championship in 2009 and then played at Stanford.  Tyler was in the Super Bowl parade yesterday – that’s right, he’s been with the New England Patriots the last three years, and will now have TWO Super Bowl rings!