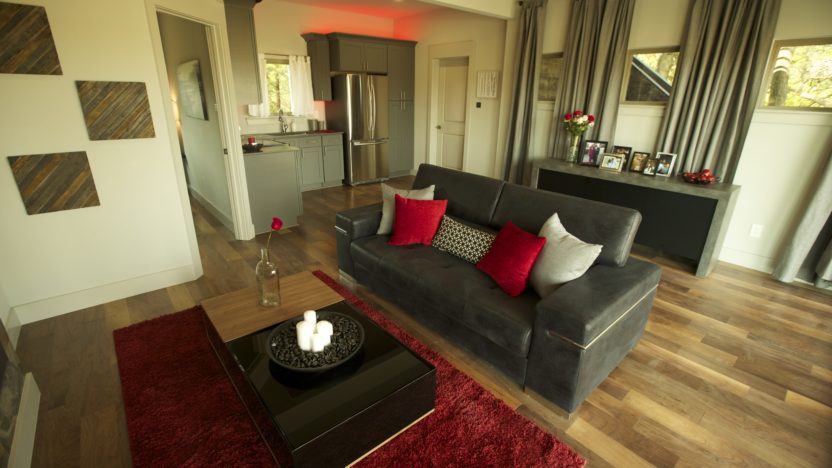 Why would Super Bowl champ Deion Sanders want to live in a tiny house? That’s the million-dollar question that inspired us to tune in to the latest episode of “Tiny House Nation,” where hosts John Weisbarth and Zack Giffin build the NFL Hall of Famer a 600-square-foot diminutive dwelling of his dreams, then squeeze him in.

“I want to go tiny because I’ve been through huge and humongous and wanting everyone to know that I’m successful, but I’m past that,” Sanders explains on the show. “Now it’s about needs, not wants.”

And he’s clearly serious about downsizing: In 2014, “Neon Deion” sold his 29,000-square-foot mansion and has since been living in a 7,000-square-foot rental in Dallas—with his mother, his sister, various nieces and nephews, and his five kids coming and going, and a number of other family members dropping in for extended stays.

As if these quarters weren’t cramped enough, things got especially dire when Sanders’ long-distance girlfriend of five years, “Extra” host Tracey Edmonds, dropped by to visit from Los Angeles. Apparently, quality private time between the high-flying couple wasn’t easy to come by. Awkward!

So Sanders purchased several acres in remote Cedar Hill, TX. It is here that he hopes that Weisbarth and Giffin will build the tiny house of his dreams.

“I’m a big fan of the show,” Sanders says of “Tiny Home Nation.” “I record every episode.” Can you say superfan?

With typical optimism (or could he be totally starstruck?), Weisbarth sees Sanders’ move from a 29,000-square-foot home to one that’s 7,000 square feet as a positive sign that he can downsize even further, and will feel right at home in the 600-square-foot retreat he and Giffin plan to build for the couple. But once the pair unfurl their lengthy list of must-have features for their tiny house, Giffin squirms. He and Weisbarth can do a lot with a little, but this is probably their biggest challenge yet.

Just how palatial can a tiny house be?

Answer: Very. Check out some of the posh features the power couple demand, and the creative solutions the hosts of “Tiny House Nation” devise to deliver.

The home itself is just 600 square feet, but to accommodate everything the couple want, Giffin adds another 600 square feet of covered porch area to the front of the home, and uses the entire roof as a deck. This effectively triples the amount of usable space. Cheating? Not really.

Edmonds says she needs a dedicated area for yoga that’s protected from the elements, so Giffin devises a place on the roof, covered by a canvas awning that can be ingeniously flipped to meet another of their needs… 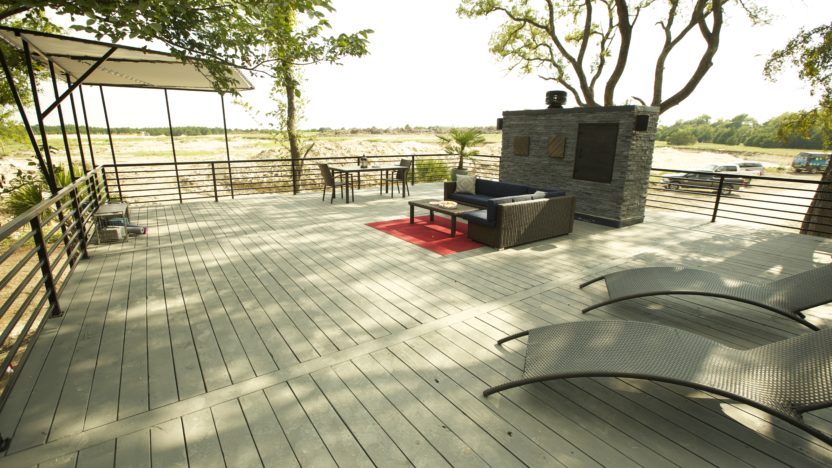 When the couple are relaxing, one of their favorite things to do is screen some flicks. So the yoga awning pivots from horizontal to vertical at the push of a button and becomes a movie screen! The projector is cleverly hidden in a drawer that Giffin builds into the chimney.