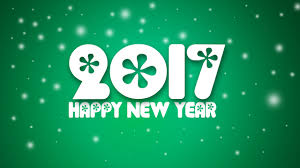 Logically, it would make sense to expect that higher rates AND prices would raise the home-selling intensity to a whole new level.

Buyers will expect prices to re-trace somewhat, and will probably think, “Can’t we just go back to 2015 prices?” And sellers will think, “Not Me!”

We have been striking a fine balance between listings and sales.

Because we only had a few more listings in 2017, the buyers didn’t flinch. Instead, they kept buying!

Every year we have a whole new set of buyers and sellers, yet we expect them to all behave the same as in the previous year. Will it happen again? Yes. Why?

Because that’s the other part of the fine balance. If you are a buyer, either you buck up and pay these prices, or you don’t buy. If you are a seller, you want/need to spruce up your house, get a good agent, and put an attractive price on it, or you will struggle to sell.  Buyers will be pickier than ever!

There will be a few on each side that get lucky and beat the odds, but for the most part, the market conditions are going to remain the same until we run out of rich people, or something catastrophic happens.

I’m not any better at guessing the actual stats than the next guy, but here goes.

We have eight business days left, plus late-reporters, so I’ll say no luck for me and predict that the final total of 2016 will match the 3,011 sales from 2015.

The current momentum is so strong that I’m going to say the Trump mojo will cause sales to increase enough in the first half of the year that next year’s sales will top those in 2016.

There will be winners and losers – here are examples: