Impact of The Election 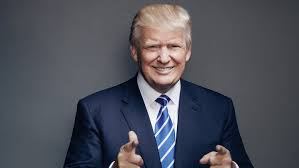 Our real estate needs are just as they were prior to the election—the demand’s there, even with the uncertainty of what’s to come. That’s according to a just-released report by realtor.com®, which surveyed its homebuyer users’ perceptions toward housing in the wake of the election.

Seventy-nine percent of those surveyed said the election had “no impact” on their plans to buy a home, and, in fact, 10 percent said they were more likely to buy a home now that the new administration has been determined—distributed primarily among those aged 45-64, men and those in red states.

The opposite (those under 45, women and those in blue states) said they were less likely to buy, with millennials posting the highest percentage.

The non-effect of the election is also reflected in the traffic patterns on realtor.com—according to the report, listing views on the site have tracked back up to 15 percent since the election, in line with the growth experienced over the summer. Listing views tend to lead demand.