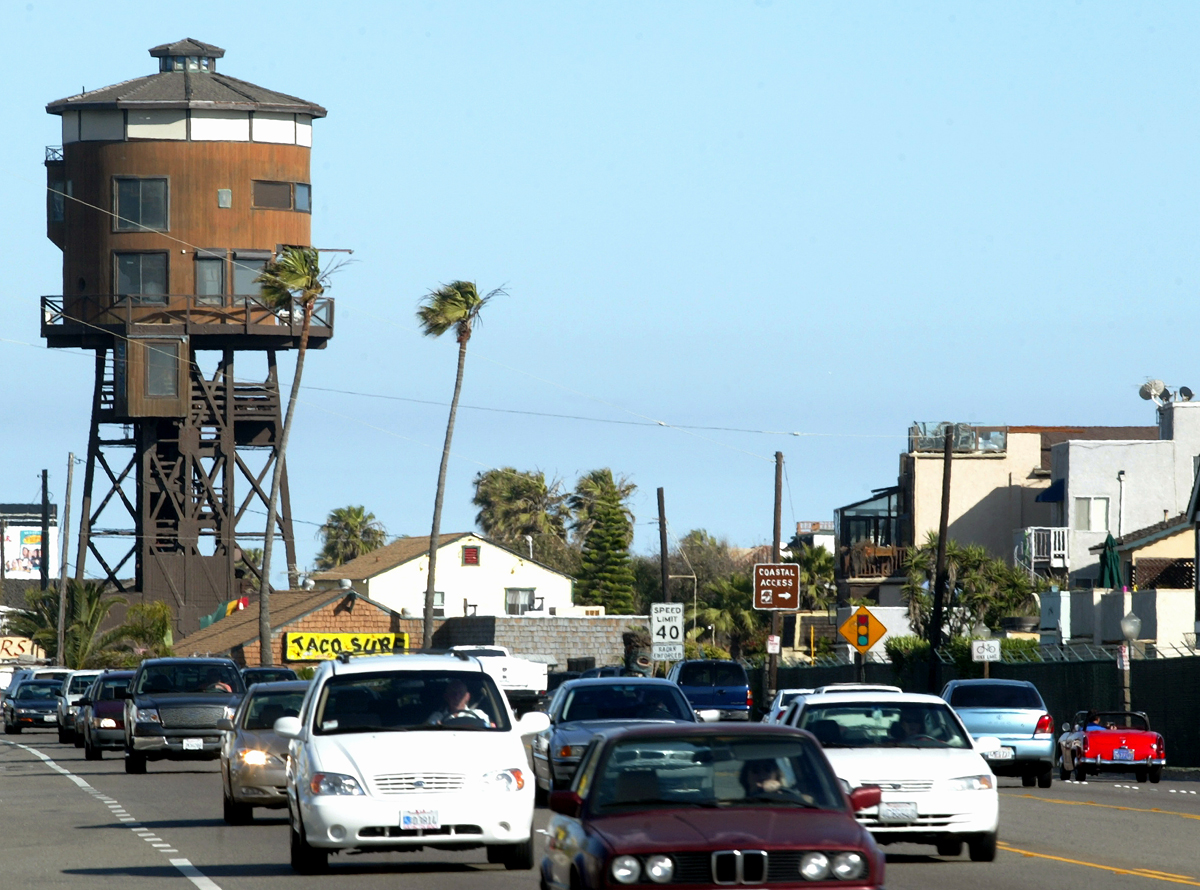 Voted the most unique house in America in 1992:

The landmark PCH water tower of Sunset Beach, converted into a private home and once listed for $8 million, quietly sold in August for $1.5 million, property records show.

Set above the 87-foot-high tower, the water tank replica is a 2,800-square-foot, three-bedroom house with 360-degree views, from the Pacific Ocean to the mountains.

Stories about the quirky home described a 145-gallon curved aquarium and, at the center of the “party room,” a fire pit that could double as a table – or be mechanically lifted to the ceiling to make way for a dance floor.

It sat empty in the late 1970s and early ’80s, until a pair of investors decided to save the landmark and replicate its look.

Wallace, a retired fire chief for South Pasadena, closed sale on August 5, according to property records. They show the buyers were OERP LLC and Barrett Woods, whose address matches that of a Lee & Associates commercial real estate office on Inland Empire Boulevard in Ontario.

In recent years, he rented it out for parties or vacations, at about $4,000 a week.

“I don’t want to claim it’s the greatest house in the world, but for a beach house, it’s the absolute ultimate,” Wallace once told an Orange County Register reporter.

Story on the guy who built it: LINK