by Jim the Realtor | Aug 2, 2016 | Jim's Take on the Market, Listing Agent Practices, Why You Should List With Jim | 3 comments 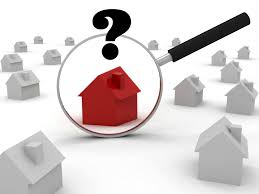 Summer is wrapping up, which is a tricky time of the year to estimate the value of a home using comps from the last six months.  Sellers and agents are happy to tout that they “have comps”, but those sales from the hot spring selling season may not translate the same in the off-season.

Here are the concerns with using springtime comps in the fall:

Besides……if you ‘have comps’, then why isn’t it selling?

At first, most sellers are addicted to getting more than the last guy.  But as weeks or months go by, you have to re-calibrate – ‘having comps’ isn’t enough.

Greed can be blinding though, and sometimes it’s just a matter of a few percentage points.  Here’s a recent example:

The listing agent boasted that not only did they have comps, but they had already received four offers, the highest of which was $950,000.