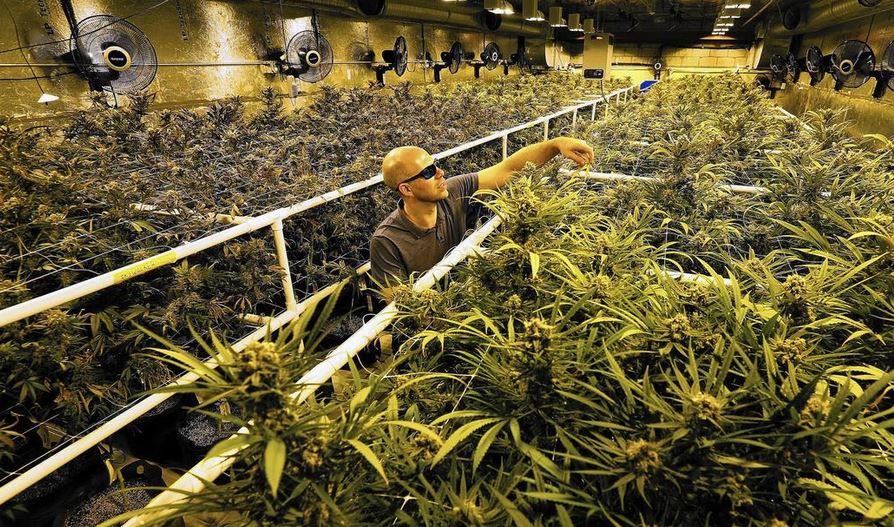 We should see more and more articles touting the advantages of the marijuana trade becoming legalized – real estate sales, tax revenue, and jobs.  While it sounds like something only for those desert towns now, let’s note that it’s a world-wide opportunity – the broker says he had buyers fly in from Germany!

Carlos Bravo, the owner of a tow company here, was at work late last year when a real estate agent came to him offering half a million dollars for 5 acres of undeveloped, brush-pocked desert — five times what he’d paid for the land six months earlier.

“I thought he was joking,” Bravo said.

The man came back the next day, making it clear he was not.

A few days after he had signed the paperwork, Bravo said, another man offered him $1 million.

As the first city in Southern California to legalize large-scale medical marijuana cultivation, Desert Hot Springs has been inundated by marijuana growers and developers. They are buying up dusty desert land — some with no utilities or roads — in hopes of cashing in as California’s marijuana growers come into the open under new state regulations.

“It’s pretty chaotic,” said Coachella Valley real estate broker Marc Robinson. “I’m getting tons of calls from all over the world, all over the United States. My newest clients flew over from Germany.”

Despite a sizable need for new infrastructure to support the indoor growing projects, the rush has officials in this downtrodden town dreaming of new income.

“I can only imagine what we can do with the tax revenue,” Mayor Scott Matas said. “We’re in need of parks, our roads are dilapidated. All around — our sidewalks, curbs, gutters.”

The city is pushing hard to help developers get their projects up and running as it increasingly faces competition from a number of desert cities also eager to bring growers to town. 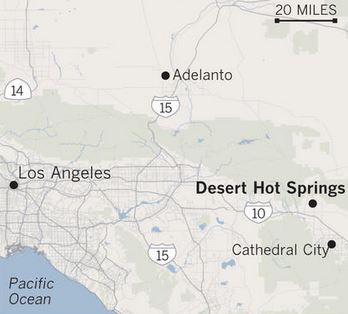