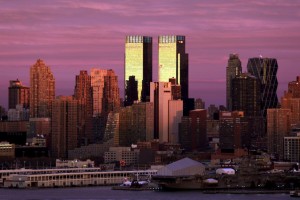 Agents aren’t known for asking a lot of questions – from Newsweek.com:

The numbers are staggering: Annually, $1 trillion is stolen by corrupt officials from countries around the globe.

That money needs to be spent, or laundered, and much of it goes into big, anonymous real estate deals in the United Kingdom, which is seeing $1.5 billion in unrecorded capital inflows per month.

The main source of that money? Russia.

From Russia with Cash, a new documentary that aired at the Newseum in Washington, D.C., on December 15, focuses squarely on the phenomenon. It examines up close British real estate agents’ willingness to overlook a deal’s potential illegality in the hopes of a big commission.

The movie captures the interactions. We watch Boris buttonhole each realtor to confide that he is a government minister with a “very small salary,” adding, “Needless to say, the money for this flat comes straight out of the Russian budget.” He explains that his name cannot be connected to the property in any way.

Despite having just heard that their client is a crook, the agents invariably continue the deal. Several refer him to a lawyer; one says, “You shouldn’t be telling me anything about any of these things,” but doesn’t cut the conversation short.

In the United States, that behavior is fine: real estate agents in the United States aren’t obligated to report on clients whose legality is in question. But in the United Kingdom, an agent who thinks a potential client might be laundering money illegally is required by law to file a Suspicious Activity Report (SAR) with the country’s National Crime Agency.

In the film, the agent showing the ritziest apartment—an ornate, five-bedroom flat selling for £15.8 million (and potentially fetching a £315,000 commission for the agent)—does seem to have second thoughts after Boris’s speech; there’s a moment where it looks like he might turn the Russian down. But then he says, “No one will find your name on this,” and proceeds to explain how that can work.

None of the deals go far beyond the initial conversation, but the film is a powerful, if repetitive, illustration of how corruption flourishes. Corrupt officials from around the world need safe places to park their money, and real estate deals are currently the vehicle of choice—as long as the bureaucrats’ and oligarchs’ names can’t be traced to the purchases.