Mortgage Rates and the Fed 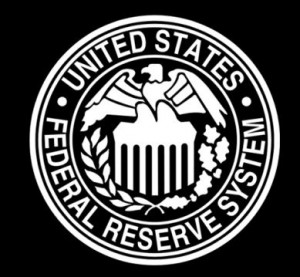 The Fed made their move….finally!  Here’s a good explanation from MND:

The rate that moved higher today is the Federal Reserve’s Target Rate.  This is the rate banks charge other banks to borrow money overnight.  It’s called the Fed’s Target Rate, because the Fed doesn’t actually directly enforce the rate.  It merely “targets” the rate (or the range of rates, in this case) that it believes is in line with its policy goals.  The Fed can then employ several tools to influence the overnight rate and bring it in line with the target range.

If you’re not already well-versed in the reasons that banks borrow from other banks overnight, don’t worry about that.  All you need to know is that the Fed’s target rate is vastly important to the global financial system, and it has far-reaching effects on all manner of interest rates.

In other words, a Fed rate hike is a big deal, but bigger to some than others.  Mortgage rates are less directly connected to the Fed’s Target Rate, as could be easily seen in today’s modest move lower.  The Fed hiked its rate by a quarter of a point–an amount that would be unimaginably severe in the mortgage world.  Such a move has only happened a few times in history on a single day.

The caveat is that mortgage rate movement is given plenty of time to roam free, day in and day out.  Meanwhile, the Fed rate only moves when the Fed announces it, which is almost always at one of their meetings.  Those only happen 8 times a year.  In other words, mortgage rates have had time to do whatever they needed to do to get ready for today’s Fed rate hike.  The bottom line is that mortgage rates do, in fact, care about the Fed rate to some extent.  They’re simply not joined at the hip.