I like Sean and enjoy his high-quality website – and their monthly report.  But they fall into the same rut as the ivory-tower guys when they want to blame the changes in market activity on non-players.

The priced-out buyers do not make the market – they don’t have a vote any more.  All that matters is how the players who are in the game are responding.

I feel like I mention this every day – the primary reason why sales are down is because the ready, willing, and able buyers think that most of today’s list prices are ridiculous.

Because the mass media has yet to grasp this important fact, from now on I’ll just use a photo of something stinky, and you’ll know it means the story to follow is missing the point. 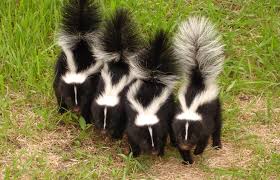 Like in this case, it’s not that she’s wrong – many buyers have been priced out, and sent to waiting-game purgatory.

But if the industry would harp on the direct and specific reason why more homes aren’t selling (sellers are too optimistic), then maybe we could cause a sea change in home-selling.

No one is telling sellers that their price is too high – and if the media talked about it, then sellers might catch on sooner.

Here is the August report from PR:

August 2014 sales were the lowest August sales since 2010. On a regional basis, over the past 12 months sales are down 15.7 percent in the Bay Area, 16.7 percent in Southern California, and 18.8 percent in the Central Valley.

“The bloom is definitely off the California real estate rose,” said Madeline Schnapp, Director of Economic Research for PropertyRadar. “The rapid rise in prices over the past two years has outstripped the ability of many would-be California homeowners to purchase.”

The lack of movement in median prices this past month was due mostly to a shift from less expensive to more expensive homes, not a change in underlying home values.