‘Rich And Everyone Else’ 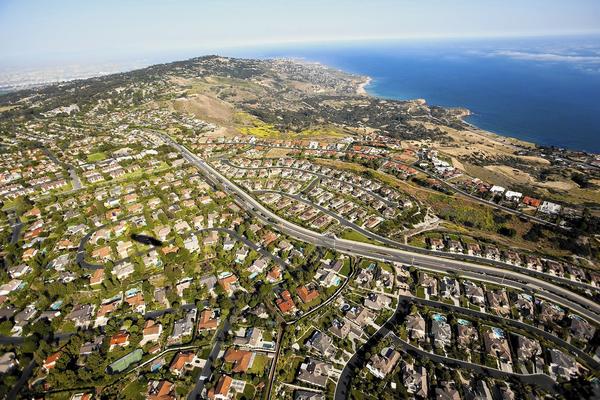 Hat tip to daytrip for sending this along from the latimes.com:

Southern California home prices are surging as the spring buying season heats  up, with the median price in March hitting $400,000 for the first time in six  years.

But a deeper look at the market reveals a recovery divided between the rich and everyone else.

The market for high-dollar homes is hopping, with sales on the rise and  buyers launching bidding wars. But sales of low- to medium-priced homes have  plummeted during the same period — with many potential buyers priced  out.

Carey Chenoski, a real estate agent in Redlands, said she has seen less interest  in homes for sale lately as first-time buyers struggle to afford the new higher  prices. There are more homes on the market than last year — which is keeping  further price growth in check — but they’re not selling.

“Lately on Saturdays and Sundays, you see open house signs everywhere,” she  said. “The houses that last spring would be gone in the first day are sitting  maybe 60 days.”

That, in turn, is frustrating some sellers. Chenoski recently saw the price  on a three-bedroom in Redlands reduced to $299,000 from $315,000 — and it still  didn’t sell. So it was taken off the market.

“We’re getting multiple offers on just about everything,” said Barry Sulpor,  an agent with Shorewood Realtors in Manhattan Beach, where he said there is a  new wave of tear-downs and new construction in prime beachfront locations. “The  market is really on fire.”

This is a marked shift from a year ago, when investors raced to scoop up  bargain-rate homes with cash offers and plans to rent them out. That sparked  price increases at the low end and sapped the supply of those homes. Now  investor activity is down, but for many, prices remain out of reach.

In fact, prices of lower-end homes have risen a greater percentage over the  last year than prices of expensive homes, despite the current bidding wars on  high-end properties.

Still, some signs indicate a broader recovery may be brewing.

The number of homes listed for sale in March, while still historically low,  was up 54% in the Inland Empire and 64% in Orange County compared with the same  month last year, according to the website Realtor.com. The job market is  gradually improving, says Appleton-Young, which should make more buyers more  confident. And investors are slowly backing out, said Derek Oie, an agent who  has done many investor deals in the Inland Empire.

That’s making room for families and first-timers who were crowded out this  time last year.

“You are seeing a lot more traditional buyers come into the picture,” he  said.

Still, the spring buying season in Southern California got off to a “very  slow start” in March, said DataQuick analyst Andrew LePage. And from her office  in Redlands, Chenoski doesn’t see much evidence that’s changing in April — so  far at least.

“Springtime is usually a pretty hot market,” she said. “We’ll see what  happens.”