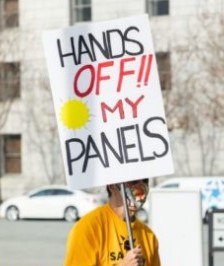 Solar is probably the most desirable upgrade for buyers. Hat tip to Eddie89 for sending this in:

Solar users under NEM3 will get 75% to 80% less from the utility for the extra solar energy they share with the grid. Compensation for that extra energy will go from an average of $.30 / kWh to around $.05 / kWh. NEM3 solar users will also be put on a rate plan with higher evening electricity rates. These changes will extend the payback period for a solar investment from an average of six years to more than ten years.

Here are some FAQs about the changes, often referred to as NEM3:

What if I have solar and sell my home?

If you are a NEM1 or NEM2 customer and you sell your home, the new owner will take over the remainder of your 20-year lock-in period.

However, this will be different under NEM3, which has a shorter, 9-year lock-in period that is lost when a home is sold. This is another incentive for a home seller that has a fully paid off solar system that’s under either the NEM1 or NEM2 rules. The buyers get more solar bang for their bucks!