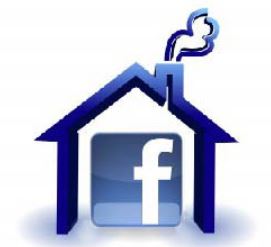 Hat tip to Eddie89 for sending this in!

In March, Facebook said it had agreed to a settlement with civil rights groups over discrimination in the way it has allowed advertisers to target audiences.

In an announcement about the settlement, the company said, “Anyone who wants to run housing, employment or credit ads will no longer be allowed to target by age, gender, or zip code.”

But there was a nugget of far greater interest to members of a certain industry in another point. “We’re building a tool so you can search for and view all current housing ads in the U.S. targeted to different places across the country, regardless of whether the ads are shown to you,” said Facebook.

Facebook intends to build a platform that aggregates advertisements for housing products and services, a spokesperson confirmed. That could be homes for sale, or it could be new developments, or even a lottery for an affordable housing opportunity.

That’s a very different proposition from Zillow’s secret sauce. The company describes its web site as a “living database” of 110 million U.S. homes, whether they are for sale or not, and relationships with nearly all the entities that provide the data announcing when homes do become available for sale.

But Hebron told MarketWatch that it’s still “a brilliant move by Facebook.”

“It satisfies fair housing law in that if all housing data is in one singular place that the consumer can go to and search, they are not being targeted in any way,” he said.

During the four quarters of 2018, Zillow averaged 176 million unique visitors to its site, according to investor relations materials. But Facebook boasts 210 million active users in the U.S., Hebron noted. Because of its broad reach, most Realtors and lenders in the U.S. have budget dollars allocated to Facebook ad spending, he said. “If there is a way for them to have confidence in the compliance of that ad spend in the future it will benefit them.”

And Facebook’s secret sauce may be not just its penetration, but its ability to make life milestones social and interactive.

“Here’s what I predict,” Hebron said. “When Facebook users are experiencing their peak FOMO while viewing pictures of their friends’ shiny new homes, I think that they will soon likely see a button that says something like ‘now go search for your new home.’”

“The bigger news for me is that Facebook is going to make the targeting less precise for Realtors,” Hahn said. “In the last 5 years, there’s been a giant trend of brokers, Realtors, and marketing companies using Facebook for lead generation because Zillow has gotten expensive. And now Facebook is going to make that advertising less effective to comply with regulation. Literally the fact that you can no longer target by zip code, there’s nothing more important than that.”

Hahn also thinks that while peer pressure may induce Americans to buy purses or even vacations, housing is an entirely different – incredibly intentional – experience. Buying or selling a home usually follows a “life event” like a new child or job change. And it is always such a large undertaking that people who are in the market to do it are, well, in the market. That is, they’re spending their time on Zillow.

“I never go on Facebook thinking I’m going to buy a T-shirt,” Hahn said. “And people don’t go on Zillow for a social network.”

Zillow did not respond to requests for comment. Its stock has been about flat since Facebook’s March 19 announcement.