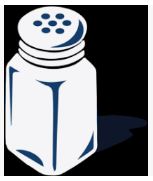 Politicians in mostly Democratic high-tax areas say the new federal cap on state and local tax deductions hurts their residents. Yet the vast majority of those taxpayers never actually got the break in the first place, undermining a key criticism of the Trump tax overhaul.

About three-quarters of people who in past years paid more than $10,000 in state and local taxes had been required to take the alternative minimum tax, meaning they couldn’t have written off the SALT levies anyway, according to IRS data analyzed by Bloomberg. And because the AMT has been scaled back as well, those top earners in fact get a new tax break by now being able to write off up to $10,000 of their SALT payments.

The numbers could deflate some of the heated rhetoric over the 2017 tax overhaul, the Republican Party’s signature legislation of the Trump era. Since the law was enacted, governors and lawmakers from high-tax states have decried the change as a GOP assault on Democratic strongholds. New York Governor Andrew Cuomo called it an “economic civil war.”

“A lot of folks are coming in assuming they’re going to lose under the new tax law when in fact, they’re not,” said Ryan C. Sheppard, an accountant at Knight Rolleri Sheppard in Fairfield, Connecticut. “In many cases they’re doing better because in prior years the alternative minimum tax disallowed all their state and local tax deductions. Now they’re at least getting $10,000, where they got zero before.”