Matt Taibbi has a good summary of the mortgage crisis here:

Restoring compensation levels was one of the first and most urgent priorities of the bailout. Bonuses on the street were back to normal within six months. Goldman, which needed billions in public funds, paid an astonishing $16.9 billion in compensation just a year after the crash, a company record.

Even better is the on-going discussion of particular details on twitter: 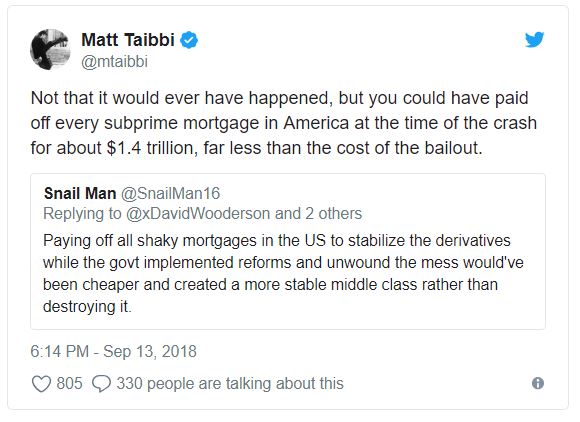