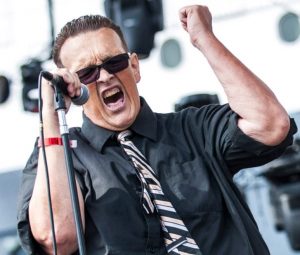 Founding member and bassist of the Fullerton punk rock band The Adolescents Steve Soto passed away in his sleep on June 27th. While no official cause of death has been confirmed, friends, family, fans and members of numerous Orange County bands took to social media to express their grief over the loss of the 54-year-old who was widely known as the nice guy of punk rock.

The Adolescents’ official Twitter account simply posted: “With a heavy heart I share the passing of Steve Soto, my friend and bandmate since 1979. I don’t know what to do or to say. Goodbye my brother.”