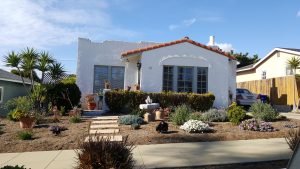 The new-listings count cooled off this week – only 99 vs. 138 last week – but the total number of houses in escrow jumped 9%!  Rising rates are probably playing a role in the decision-making by buyers, and the expectation of another Fed move is likely to keep the housing market hopping:

The Federal Reserve is almost certain to raise short-term interest rates at its June policy meeting and will likely follow up with another increase in September, according to economists surveyed by The Wall Street Journal.

Among professional forecasters surveyed in recent days, 98% predicted the Fed’s next rate increase will come at its June 12-13 meeting, with the average probability of a move then pegged at 85%.

We know that mortgage rates aren’t tied to the Fed rate, but buyers are already jittery about prices – the thought of potentially-higher mortgage rates should keep them very active!