Flippers and The Bubble 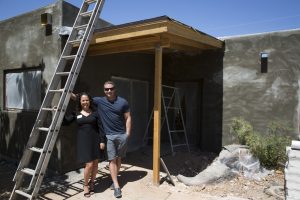 Excerpted from this NPR article:

New research and data suggest that the practices of house flippers fed the bubble of the early 2000s. Much of the blame for the housing crash has fallen on subprime borrowers and people who bought and lived in homes they couldn’t afford.

But researchers are now coming to understand that a big part of the problem was people with better-than-average credit scores who owned multiple homes — not subprime buyers, but real estate investors, landlords and flippers.

Stefania Albanesi, an economist at the University of Pittsburgh, argues that the rise in mortgage defaults during the housing crash was mostly attributable to real estate investors, including flippers.

During the bubble, about two-thirds of home flips nationwide were financed with loans, according Attom. In places like Phoenix and Florida, that number approached 80 percent.

The problem with that, Albanesi says, is that real estate investors such as flippers are at greater risk of defaulting on their mortgages than normal homeowners.

“If you lose your home that you’re living in, you have to relocate your family, find other housing, and maybe have a longer commute,” Albanesi says. “This is not something that’s there for the investor. Overall, their default probability is much greater.”

Normally, people with above-average credit scores are unlikely to default on their mortgages. But during the crisis, Albanesi’s research shows, it was borrowers with good credit scores who had taken out mortgages on additional properties — mostly investors — who defaulted at historically high rates. 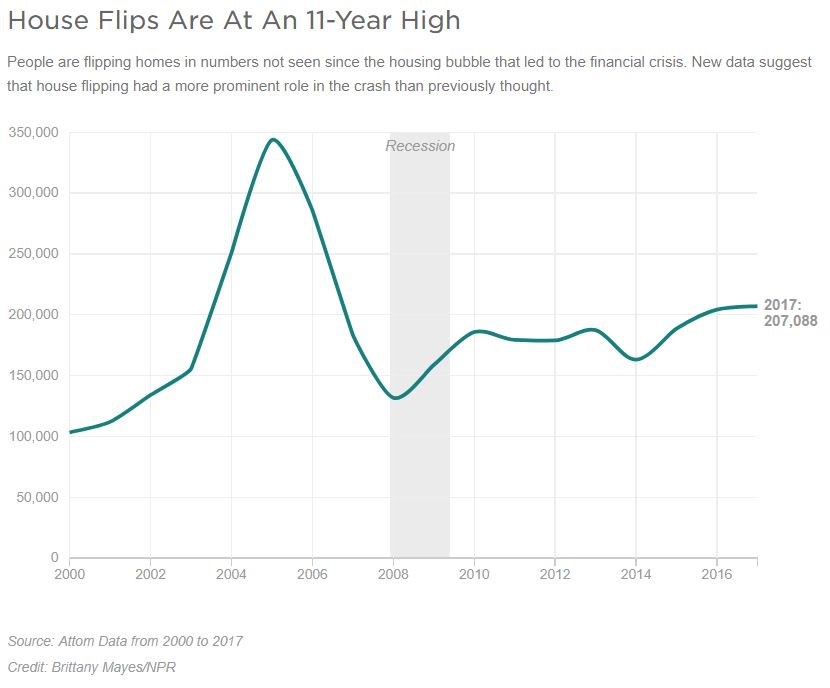 Real estate experts in Phoenix, where these risk factors are ahead of national levels, say there’s no reason to sound the alarm yet.

During the housing boom, prices were rising so quickly that inexperienced real estate investors could turn a profit despite their lack of expertise, says Mark Stapp, who teaches real estate development at Arizona State University.

“Today, you can’t. It’s harder,” he says. He points to financing and commercial lenders. During the bubble in Phoenix, more than 75 percent of flips were financed with loans. Now, flippers in the area acquire about half their homes with financing, half with cash.

“Commercial lenders have been very disciplined,” Stapp says. “The loan-to-value, loan-to-cost, those kind of metrics, they’re keeping very low and tight control over. The issues we had previously with abuse through manipulating appraisals, that isn’t really happening.”

Simply put, Stapp says, though some of those inexperienced flippers are back, they’re still too small a portion of the market to worry about.

“I think it’s such a small number,” he says. “I don’t think it’s to the point where it so dramatically affects the market that the market gets hurt by it.”