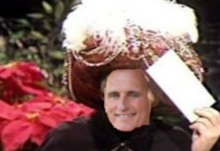 The 2018 forecast from the California Association of Realtors is out, and they are towing the company line as usual.  They expect the statewide sales to increase 1% and the California median sales price to rise 4.2% next year.

How is San Diego County doing this year?

Here are the detached-home sales and median price for the first nine months of the year in San Diego County:

My guess is for the San Diego County detached-home sales to drop 5% next year, and the median sales price to rise 5%.  The drop in sales to be on the high-end.

Voice of Real Estate: What will happen in 2018?

No need for horoscopes, fortune tellers, palm readers, tea leaves, a psychic hotline or Madam so-and-so to predict the housing market in the future. Instead, the California Association of REALTORS® (C.A.R.) has the answers in its 2018 California Housing Market Forecast. The C.A.R. report was released this past week at the C.A.R. Expo, attended by nearly 6,000 people at the San Diego Convention Center (the C.A.R. Expo is the largest state real estate trade show in the nation).

With the economy expected to continue growing, housing demand should remain strong and incrementally boost California’s housing market in 2018, C.A.R. said. However, C.A.R. said a shortage of available homes for sale and affordability constraints will continue to be a challenge.

“This year’s housing market can be told as a tale of two markets, the inventory constrained lower end and the upper end that’s non-inventory constrained,” said C.A.R. Senior Vice President and Chief Economist Leslie Appleton-Young. “This trend is likely to continue into 2018 as active listings have declined across all price ranges for the past two years but is most obvious at the lower end.

“With tight inventory being the new ‘norm’ for the past few years and at least the upcoming year, we’ll continue to see fierce competition driving up prices, leading to lower affordability and weaker sales growth.”

“Solid job growth and favorable interest rates will drive a strong demand for housing next year,” said C.A.R. President Geoff McIntosh. “However, a persistent shortage of homes for sale and increasing home prices will dictate the market as housing affordability diminishes for buyers struggling to get into the market.”

C.A.R.’s projections for median home prices this year are consistent with other real estate industry experts. CoreLogic said the San Diego County median price for single-family resales, condo resales and newly built homes in August was $535,000, which was lower than June’s figure of $545,000.

In other housing market news, San Diego County was ranked as the fifth “hottest” real estate market in the U.S. in September, with a typical home on the market only 39 days. San Diego moved up four places in the monthly ranking by the National Association of Realtors’ Realtors.com website. Nationally homes are on the market a median of 69 days, almost twice as long as in San Diego.