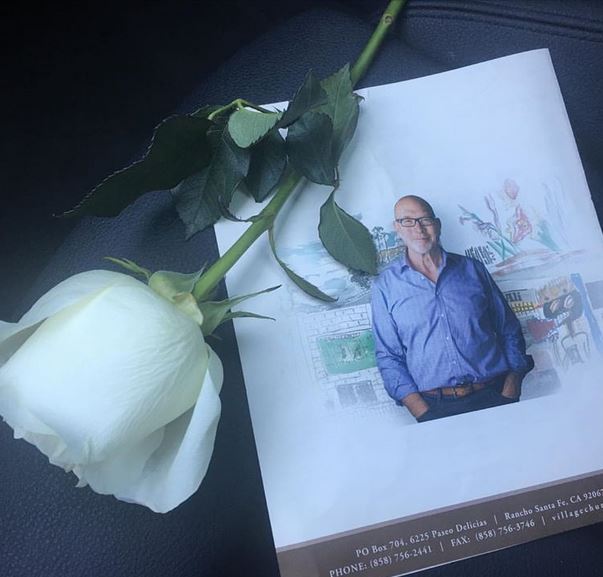 The Village Church in Rancho Santa Fe was packed today – over 500 people by my count – to pay our respects to Doug Harwood.  Five people spoke from the pulpit, but it seemed like everyone there could tell a story or two about Doug.

A few years back, I had tracked down the owner of a house that was in default, and told him I had a buyer. Because the loan balance exceeded the value, and the owner didn’t live in the house, he had nothing to gain really.  He was an upstanding citizen who was beset by medical issues that prevented him from working, and had gotten behind.

He said he’d be willing to work out a deal, but he wanted his agent to help.  Great, who’s your agent?  “Doug Harwood”, he said.

Though we had done business before, I didn’t know Doug that well.  We arrange a meeting at the owner’s residence, and I came wearing my usual tie and driving the luxury sedan.

Doug pulls up in his older Suburban, and jumps out wearing the big hat he made famous.  He then introduces me to his passenger.

“Jim, I want you to meet me Dad.  We’re on our way to our weekly lunch.”  I had just lost my Dad, and I remember how envious I was for them – and recognized that this wasn’t going to be the usual business meeting.

Selling houses was the byproduct of Doug’s relationship-building.  Sure, we would need to get to some paperwork details later, but first – and more importantly – Doug engaged in a jovial conversation between all of us.  Most agents would never think of letting you speak with their client, but Doug insisted. We even joked that if the short-sale went bad and the bank screwed us out of the commission, we’d just swap weekends driving the seller’s old Ferrari around!

It was obvious today that this was how Doug treated everyone.  Shannon told the great story of how Doug would approach a homeless person.  He wouldn’t ask if they were homeless; instead he’d ask if they were ‘living outside’ – and then reel off a hundred-dollar bill to make their day.

David Miller said that Doug loved the ‘Word of the Day’, and recently the word was nexus, which perfectly described Doug. He was the center of the community, judging by the 500 people who attended today, and there will never be another one like him – which makes our memory of Doug even more special.

I cut my favorite passage of our talks here: