If There Was No Bubble 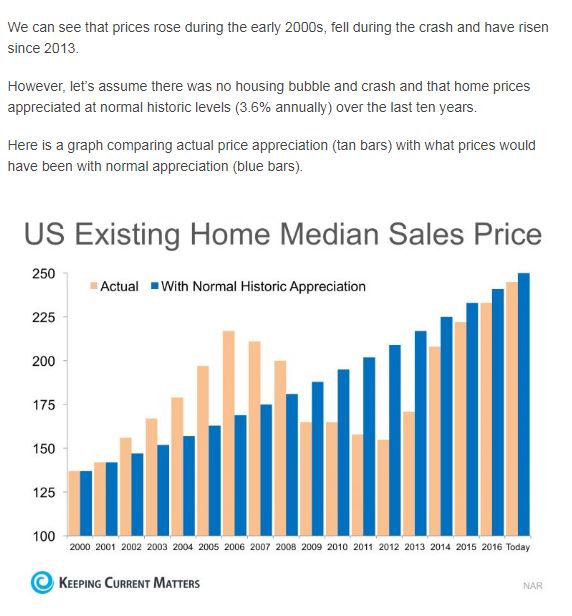 What would have happened if we didn’t have the bubble/burst?

This graph suggests we would have gotten here anyway, and it’s probably true.

The national 3.6% annual appreciation rate sounds a little rich, but we would have had strong demand from baby boomers setting up their kids lately.

I’m grateful we are here together trying to figure it all out!