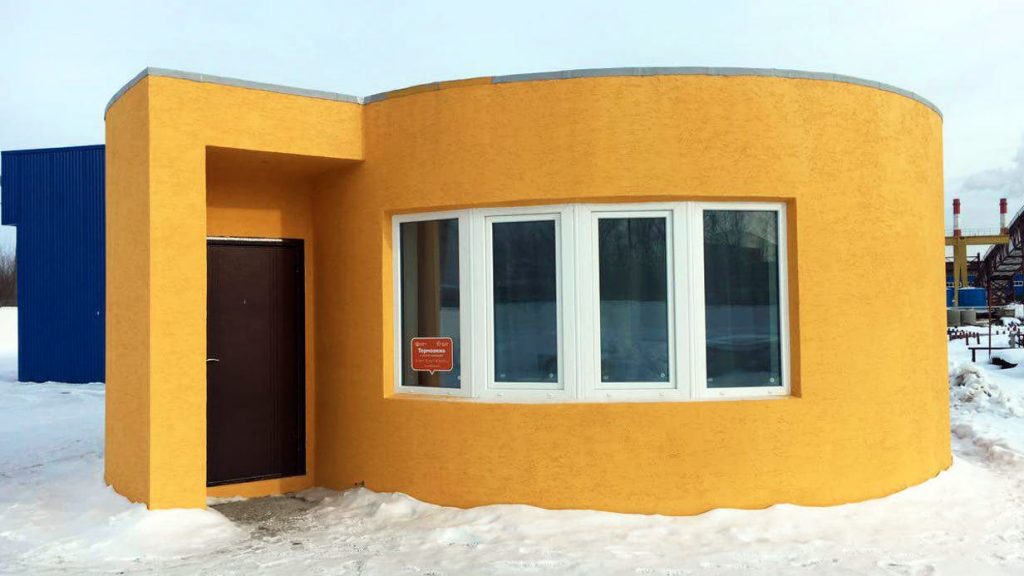 The building of homes is getting cheaper every year – this cost $10,134.  Isn’t it inevitable that someone will build a whole community of these?

Though 3D-printed architecture is still in its relative infancy, we’re already at the point that printing a basic house is feasible. 3D-printing firm Apis Cor, in collaboration with development firm PIK, recently showed off the portable 3D printer it has developed by using it to build a basic structure of a 38-sq-m (409-sq-ft) home.

The actual printing process took 24 hours and is very similar to the other 3D-printed architecture projects we’ve reported on. Put simply, the 3D printer, which looks like a small crane, extrudes cement out of a nozzle in layer after layer to create a structure.

The machine didn’t do all the work, though. The roof, insulation, windows, and other components were all added later by humans. The total cost for the project came in at just US$10,134, not including furniture or appliances.