Have the zestimates gotten any better?

We were surprised how bad they were last year.  Let’s see if they’ve improved once a custom house has been sold for a while:

This was the zestimate before the listing was inputted – way off:

Here’s what it was after the listing was inputted on Zillow.  Even though the list price was entered as $2,199,000, the zestimate INCREASED!

The sale closed for $1,900,000 on September 7th.  How about that – five months later, and the zestimate has adjusted accordingly!

Zillow says they have improved their zestimates.  The median error rate is 5.1% in San Diego, which means half of the zestimates are within 5.1% of being right, and the rest are worse than that – you just have to figure out which is which! 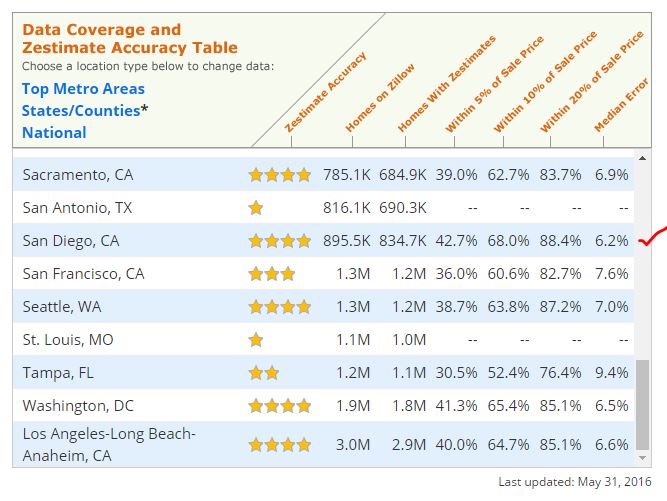 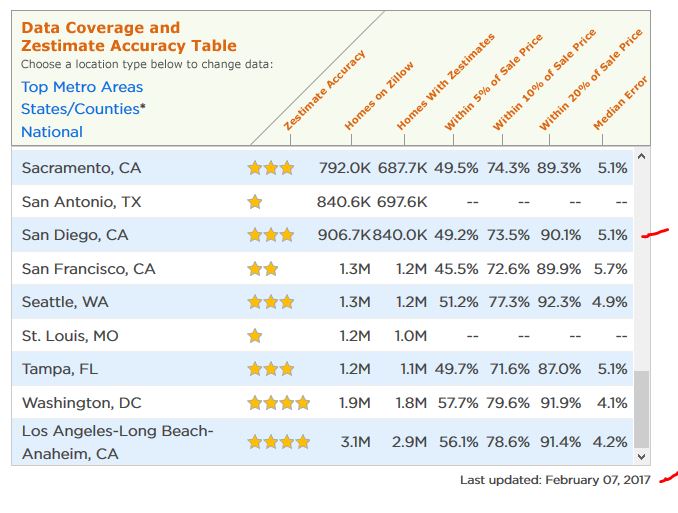