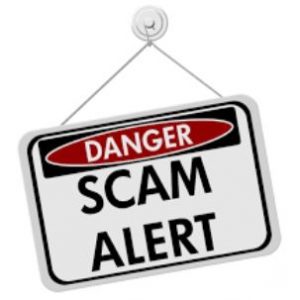 While we all are concerned about cybercrime and identity theft, it appears taking someone’s money the old-fashioned way has reappeared in a short sale scam in Southern California.

The alleged scam appears to follow the same basic format.  A short sale agreement was entered into four to six months ago.  The buyer made an initial deposit in the $5,000 to $15,000 range into the listing broker’s non-independent broker escrow.  As with most short sales, the process takes several months and the selling agent is assured that the listing agent is working towards lender approval – it is just taking more time.  Then the communication slows down, the selling agent begins to get concerned and calls the listing broker’s escrow.  There is no answer, no return call, no other number to contact, and the earnest money deposit is gone.

A case has been opened with the Long Beach Police Department, Financial Crimes Division.  The officer in charge is Detective Robert Ryan (562) 570-7391.  As of late December, there were approximately 20 victims.  However, the C.A.R. Hotline has received more than 10 calls since the first of the year which have been referred to the Long Beach Police.  The California Bureau of Real Estate is also aware of this case.

If you believe you or you buyer has fallen victim to this alleged scam, you should contact the police and the Bureau of Real Estate.

To protect short sale buyers going forward, remember to include a Short Sale Addendum (C.A.R. Form SSA) in the offer.  The default agreement in the SSA is that the buyer is not required to submit any earnest money deposit to escrow until three days after receiving all short sale lenders’ written approval.