Debt-Tax Relief Gets Another Chance 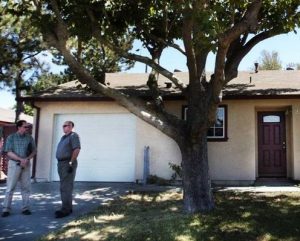 With the difficulty the state politicians had in reaching an agreement – and it’s not done yet, Moonbeam still has to sign it – this will probably be the last chance for over-encumbered homeowners to short-sell and avoid taxation on their debt relief.

With less than four months left in 2016, maybe we will see a surge?

A bill giving state tax relief to California homeowners who received modifications of their underwater mortgages, or engaged in short sales, was revived and enacted in the final moments of the state legislative session Wednesday night.

After passing the Senate, the measure, Senate Bill 907, had been held in the Assembly Appropriations Committee earlier in the month, a non-action that is considered tantamount to death.

However, the bill suddenly popped up and was passed on the Assembly floor very late Wednesday, then sent to Gov. Jerry Brown by the Senate just moments before the midnight deadline for the 2015-16 legislative session to end.

While the federal government has exempted paper income from mortgage modifications and short sales – which mushroomed during and after the Great Recession – from income taxes, the state has only sporadically followed suit.

The Legislature approved a series of state tax exemptions for mortgage deals prior to 2014, but Brown vetoed a measure that would have extended tax relief to 2014 and 2015 income, citing the loss of state revenue.

If signed by Brown – not a certainty – SB 907 will allow tax exemptions for 2014, 2015 and 2016 and affected taxpayers can file modified returns for the first two years. The state would lose an estimated $152 million in income tax revenue.