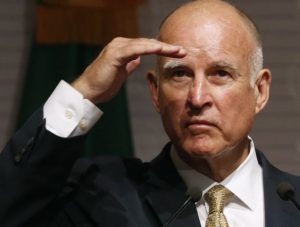 California used to lead the nation in exempting mortgage-debt relief from taxation.  But the latest extension of that law was defeated, leaving short-sellers and those being foreclosed in a prickly position – do they hang in there now?

The reason the bill died is because Jerry Brown and other state politicians want to reap the additional tax – but these beleaguered folks can’t or won’t pay it and will have to hang on to their over-encumbered properties.

Senate Bill 907, which had won unanimous approval of the state Senate, died in just a few seconds last week, and that angers Peggy Spatz.

She and her husband, George, took out a $150,000 second mortgage on their modest suburban Sacramento home 11 years ago, only to see home values and their retirement investments crash in the Great Recession that struck shortly thereafter.

They, like millions of other Californians with underwater homes, eventually negotiated a settlement with their lender to write down the loan, only to learn that the canceled debt was what’s called “a taxable event.”

Congress had declared that loan write-downs, short sales and other forms of mortgage relief would be free of federal income taxes. The California Legislature and then-Gov. Arnold Schwarzenegger followed suit for several years, extending relief through 2013.

However, when Jerry Brown returned to the governorship, facing an immense budget deficit, he refused to continue the tax exemption for any relief actions since 2013, last year vetoing a bill that would have added two years to the window. It created, a Senate staff analysis said, “a fine mess.”

Brown said the state budget “has remained precariously balanced (and) I cannot support providing additional credits that will make balancing the state’s budget even more difficult.”

SB 907, carried by Sen. Cathleen Galgiani, D-Manteca, would have extended the tax break through 2016. She represents a region hardest hit by the housing meltdown and during one hearing cited her own underwater mortgage.

“Many years later, it still isn’t worth what I paid for it,” said Galgiani, adding that many Californians are in the same situation and “for us to hit them a second time is unconscionable.”

The Spatzes hoped that with the Senate’s passage and a heavyweight list of supporters, including Attorney General Kamala Harris and real estate and banking lobbies, it would at least get to Brown’s desk.

In anticipation, they wrote a letter to Brown, laying out their experience and concluding, “This letter is written by two people, but there are hundreds of thousands of us. Please don’t turn your back on us.”

SB 907 never made it to Brown. Although it also won unanimous support in the Assembly Revenue and Taxation Committee, it was placed on the Assembly Appropriation Committee’s “suspense file” because of its cost – an estimated $95 million in lost revenue during its first year and $57 million in the next two years.

Last week, the appropriations chairwoman, Lorena Gonzalez, announced the fate of dozens of Senate bills, spending just a few seconds on each. SB 907, she said, would not be sent to the Assembly floor.

As is the custom, no reason for its demise was offered. But it probably had something to do with its heavy cost, more than 10 percent of the total for bills on the suspense file, and the strong likelihood that Brown would have vetoed it, as he had done in 2015.

“The thing that breaks my heart is that people aren’t marching in the street,” Peggy Spatz said after learning of Gonzalez’s decree. “I’m a bitter person at this point.”