Flip By Listing Agent To Be Litigated 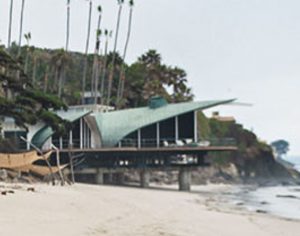 This is the agent we covered earlier where dual agency was questioned:

This latest lawsuit sounds sexy, but the rapid increase in values since 2012 should provide an ample defense (h/t daytrip):

Even in the hands of top broker Chris Cortazzo, Zare and Seda Baghdasarian’s architectural gem in one of the coast’s most coveted enclaves failed to sell — until he offered to buy it. Now, in a bitter lawsuit, they claim the Hollywood broker sabotaged their efforts with an eye on a profitable resale for himself all along.

Aman is weeping in a Malibu condo on the inland side of Pacific Coast Highway. “When my son found out that the house was sold for $15 million,” he says, tears streaming down his face as his wife rubs his back at his dining room table, “he goes, ‘Dad, one day I’m gonna make my own money and buy that house back. I promise you that!’ It was his childhood. It was our heaven. It was stolen.”

Whether the beachfront home was, in some sense, stolen now is a matter for a judge to decide. But no one would deny that its location along ultra-exclusive, paradisiacal Watkins Cove a few miles away is heavenly. Not this couple, Iranian immigrants Zare and Seda Baghdasarian, and not Chris Cortazzo, their former listing agent — and current defendant in a $3.3 million lawsuit they’ve filed alleging fraud. Cortazzo, a Malibu native turned Coldwell Banker real estate powerhouse known for his Hollywood profile, purchased the property from the Baghdasarians in 2012 after failing to find them another buyer, then sold it four years later — after a renovation — for $15 million, well over twice what he paid his clients.