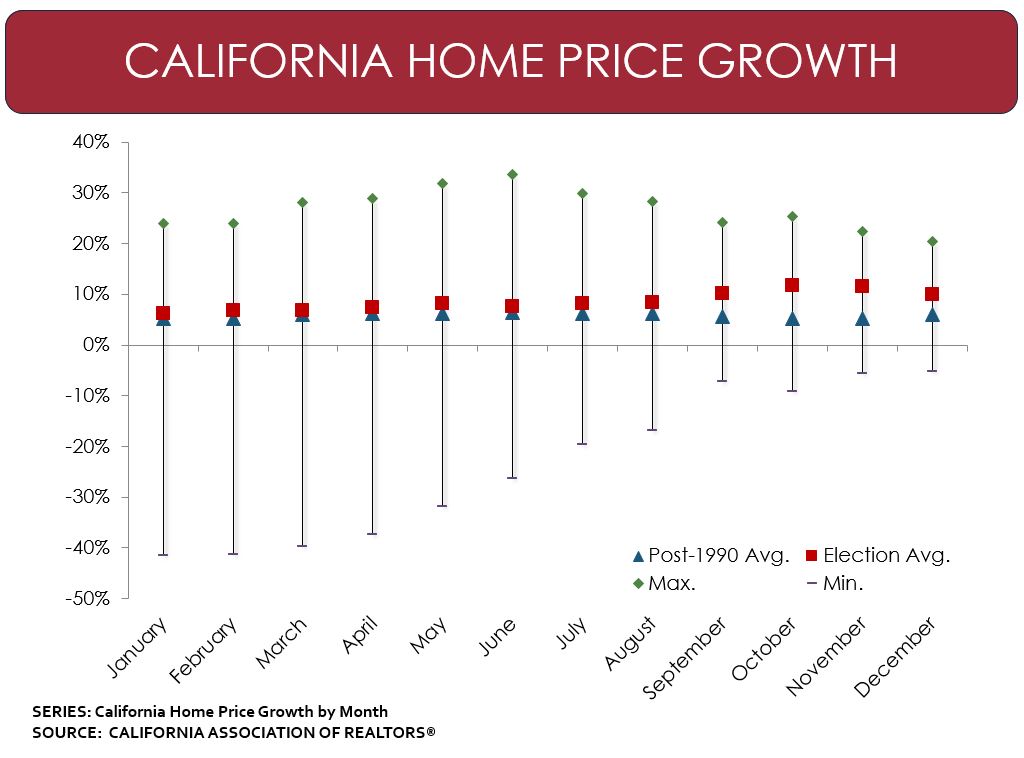 Presidential elections have historically had little or no negative impact on the California housing market, according to findings by the CALIFORNIA ASSOCIATION OF REALTORS® (C.A.R.).

On a monthly basis since 1990, California home sales contracted by roughly 2 percent during the last four months of the year.

However, during the past five election cycles, sales in the final months of the year picked up, rising by 5.3 percent on average compared with -1.8 percent during non-election years. With the exception of December 2004, every single month of the final quarter saw robust growth in home sales during election years.

The pattern for California home prices is similar. C.A.R. also found little evidence of a negative effect on home prices during an election year. In fact, home price growth in California during the past five election cycles was slightly better than the long-run average of 5.6 percent.

The effects were most pronounced during the final months of the year when demand – and therefore, upward pressure on prices – were boosted by roughly 5.6 percentage points following the elections.