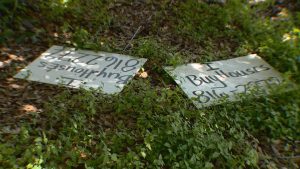 SAN ANTONIO — The San Antonio Police Department has issued multiple arrest warrants for a man accused of stealing tens of thousands of dollars from a would-be homebuyer.

Chris Hinojosa, 29, remained on the loose Thursday, two days after SAPD issued warrants accusing him of acting as a broker without a license and securing execution of a document by deception.

According to SAPD, a woman told investigators in January that she responded to an “owner to owner” real estate sign at the corner of SW Military Drive and Zarzamora Street, and after meeting with Hinojosa, agreed to buy a home in the 3600 block of Candlehead, near Kirby.

The woman made two separate payments to Hinojosa totaling close to $20,000, only to later discover he was neither a real estate agent nor owned the property in question.

An arrest warrant for Hinojosa states “at no time did the victim sign a real estate title or any document recognized by the Texas Real Estate Commission”.

The TREC confirmed to SAPD investigators that Hinojosa does not have a Texas real estate license.

“He fleeced this person,” SAPD Sgt. Jesse Salame said Thursday. “It’s probably best not to respond to a sign on the side of the road. Look up licensed realtors.”

Salame added that this is among the many dangers of trying to purchase real estate without involving a licensed agent.