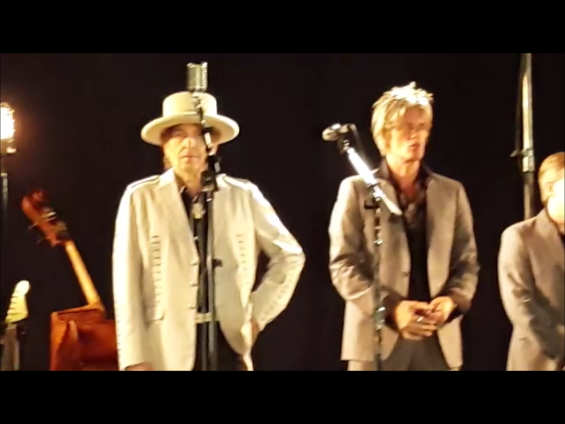 Once in a lifetime!

He emerges from some dark corner of the audience, maybe drunk, gawkily shoving his way through the crowd as the audience stands contented, mesmerized by the rock god onstage. He leans forward next to your ear, brutishly disturbing your daydream with a shrill, piercing shout:

Eyes roll in the audience. The man’s face snarls with wretched delight. He is the only one laughing.

But just before your disgust impels you to jam your elbow into this troll’s ribcage, a guitar rings out. Everyone turns to the stage.

To the shock of a Berkeley audience, Dylan closed out his set at the Greek Theater last week — which featured covers of some of Frank Sinatra’s most famous songs from his newest album “Fallen Angels” —  with a take on Lynyrd Skynyrd’s 1973 hit “Free Bird.”