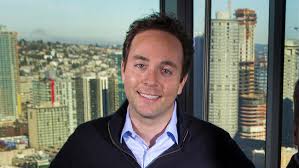 Move wanted $2 billion, so agreeing to only $130 million sounds like a pittance.

But $130 million is still a boatload of money – so much so that Zillow must have wanted to keep much of their dealings quiet:

One of the most contentious battles in history of online real estate is now over, as Zillow announced Monday that it reached a settlement with Move over allegations of trade secret theft levied against two high-level executives at Zillow who once plied their craft at Move.

According to a Securities and Exchange Commission filing, Zillow will pay Move, which operates Realtor.com for the National Association of Realtors and owned by News Corp, a total of $130 million to settle allegations that Errol Samuelson, who was once Move’s chief strategy officer, stole trade secrets and proprietary information from Move before joining Zillow in 2013.

The settlement amount is far less than Move initially wanted, as Move originally claimed that Zillow owed the company $2 billion in damages.