The total number of active listings has dropped 14% over the last two weeks, with Carlsbad SE taking the brunt of it as the actives got cut in half (46 to 23) while the 92009 pendings shot up by 32% (34 to 45).  Don’t sleep on this market – there is still plenty of interest in buying quality homes.

Look how steady each area has been: 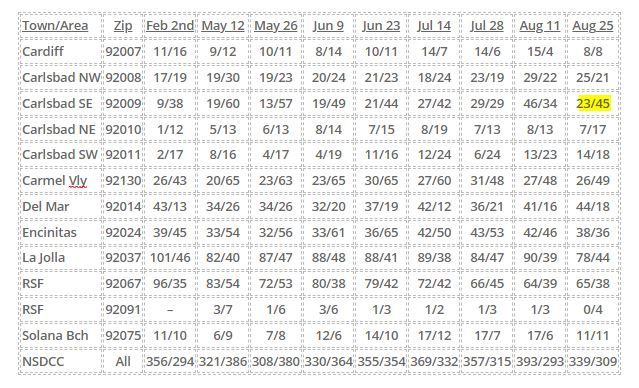 In the previous FM, I said that the March-May period had to be the hottest of all-time, but we had 400+ pendings from June 22nd to November 30th last year – with a peak of 491 pendings on September 7th.

We can also track the average market times too.  Any upward trends here would indicate market slowing, but there could be several reasons, like the listing agents letting a few more days to elapse before concluding the biding war(?). Or buyers being more deliberate (which is more likely): 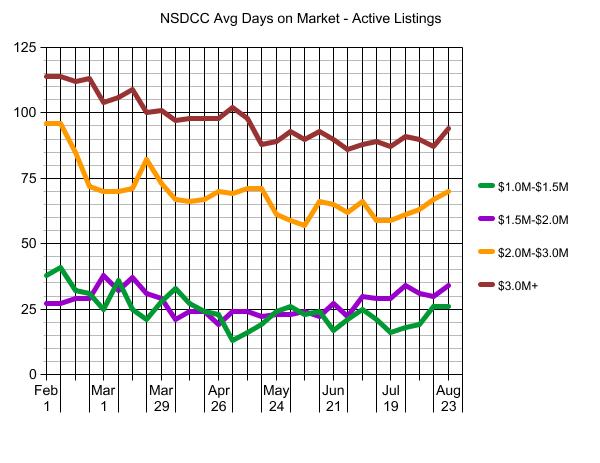 While the market was once speeding along at 125 MPH, now it’s a steady cruise around 80 MPH. Everything settling down little by little, with an occasional hot new listing that really stands out.