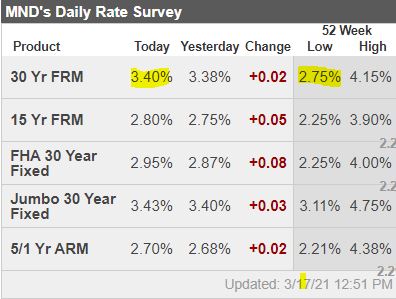 One of these days, rates are going to matter.

Today is probably not that day.

But when we get close to 4%, then buyers are going to put on the brakes and expect sellers to do a little something for them, price-wise.