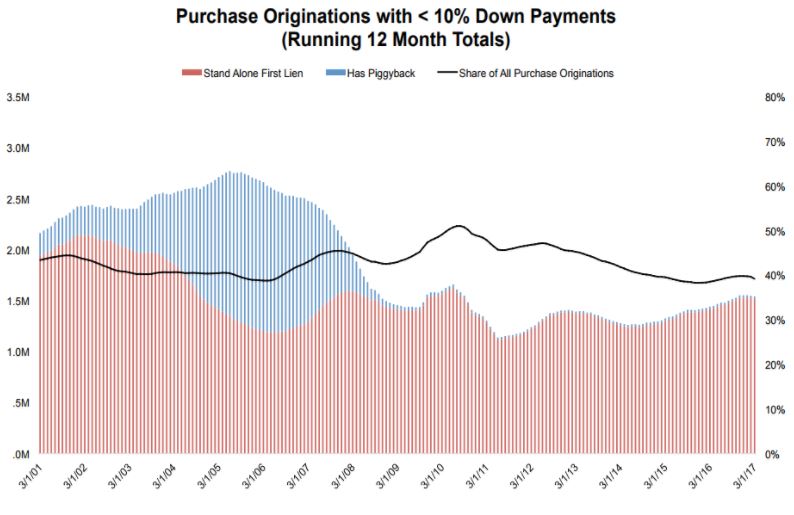 It’s hard to lower the down payment on a jumbo loan so any effect on the coastal regions is probably minimal, but this suggests that the stronger buyers are giving way or running out:

Seen at CR and MND:

This month, in light of much commentary and speculation on the re-emergence of purchase loans with loan-to-value (LTV) ratios of 97 percent or higher, Black Knight looked at low-down-payment purchase lending trends, gaining some early insight into the performance of these products. As Black Knight Data & Analytics Executive Vice President Ben Graboske explained, in general, low-down-payment purchases are on the rise, but this does not necessarily mean a return to the practices – and risks – of the past.

“Over the past 12 months, approximately 1.5 million borrowers have purchased homes using less-than-10-percent down payments,” said Graboske. “That is close to a seven-year high in low-down-payment purchase volumes. The increase is primarily a function of the overall growth in purchase lending, but, after nearly four consecutive years of declines, low-down-payment loans have ticked upwards in market share over the past 18 months as well. In fact, they now account for nearly 40 percent of all purchase lending.

The bulk of the growth has not been among the various three-percent-or-less down payment programs that have been reintroduced in the last few years, but rather in five-to-nine- percent down payment mortgages. This segment grew at twice the rate of the overall purchase market in late 2016, whereas lending with down payments of less than five percent grew at about the market average.

This is good news: 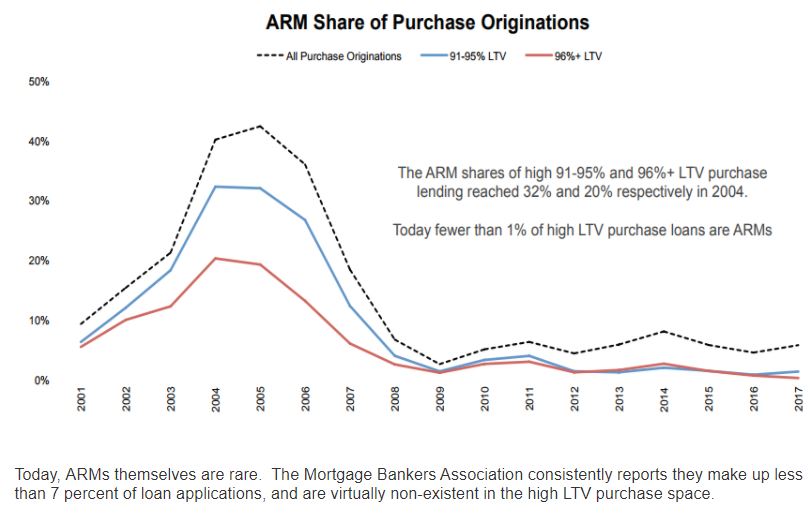