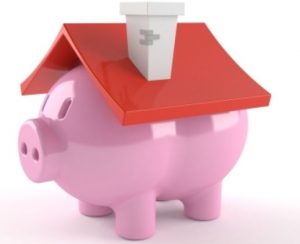 Homeowners are opening their favorite piggy bank again — their homes.

As home values rise faster than expected, that increased homeowner wealth suddenly seems more enticing. It’s showing up in big remodeling growth and higher profits for retailers like Home Depot and Lowe’s, but it also serves as a warning sign.

Ever since the epic housing crash at the end of the last decade, homeowners have been extremely conservative with their home equity. Even those who had money in their homes kept it there, fearing another downturn in prices. Now, as millions of borrowers come up from underwater on their home loans and many more see their home values jump sizably on paper, borrowing more is back in favor.

Home equity lines of credit, known as HELOCs and often serving as second loans, allow homeowners to pull cash out of their homes when they need it. HELOC volume is now up 21 percent in the past two years, to the highest level since 2008, according to Moody’s. It is still nowhere near its housing boom level, when many people treated their homes like ATMs, but the trajectory is definitely pointing higher.

“The more second liens that people take out, it adds a risk that comes from the rising home prices. The fact that people are leveraging their homes more than before makes things more risky,” said Peter McNally, senior analyst at Moody’s.

Borrowers are also putting smaller down payments on home loans now, starting with less home equity either to save cash or because they can’t afford anything more. To put it in perspective, before the last housing boom, the median down payment was just over 7 percent. It then dropped to 3 percent during the height of the boom, as lenders offered all kinds of “creative” loan products that required little to no down payment.

After the crash, much of that lending became illegal and new rules made low down-payment loans more expensive to produce. As a result, down payments rose back above 7 percent again during the recovery. At the end of 2016, the median down payment had fallen to 6 percent, according to ATTOM Data Solutions, and it appears to be headed lower, as lenders offer more low down-payment products.