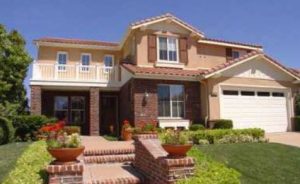 What happens to those on the edge of foreclosure?

If you are Jan Terry, owner of this house at 2872 Vista Acedera in La Costa Valley and Jenae’s co-conspirator, you pull out all the stops.

First it was to try their lease-option program, hoping to find a renter willing to cover her roughly $9,000/month obligation. But no takers.

Now she has reverted to the last resort. We think she must have sent in a short-sale offer to the bank to postpone the trustee sale, which was scheduled for July 17th.

In the meantime, she has rented the house to 14 surly individuals who come and go at all hours, night and day!

The HOA says they can’t do anything. Carlsbad P.D. says they might tow this car that they park around the corner, but that’s about all they can do.

The neighborhood has already suffered from this inflated sale, which contributed to others paying too much – now the impending foreclosure of a house that is surely in disrepair will help tank values further. Thanks Jenae!!!