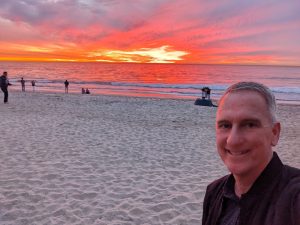 Let’s note how drastic things have changed since rates went up:

The best forecasting tool is the number of sales.

Look at how crazy-high the number of sales were in 2012 and 2020.  In both cases, the demand had been building up and it really cut loose late in the fourth quarter – in spite of the holidays – to close a third more sales than normal (the average count of the other nine years is 212 sales).  Then the two biggest frenzies in history broke out in the following spring.

The number of December sales can help us predict what is coming – and it doesn’t look good for 2023!

We will get our 100 sales once everyone reports their closings, but it’s HALF of the average count.

This year was terrible for many, if not most, agents, and about the best we can say is that we survived.  It’s going to get worse in 2023 because there aren’t enough sales to go around.  The conditions next year will force many agents into early retirement – why keep paying your dues if there’s not much hope?

You can’t ignore the current predicament and keep doing the same things you’ve done the last 5-10 years.  You gotta do better. The industry has to do better.

We will be having HALF the normal number of sales in the early months of 2023. If we’re not doing it better, then these conditions will persist, and could go on for years.

Every day, we are getting closer to the end.  Let’s give it everything we got!

Favorite Song of the Year

This was my favorite song in the Wednesday Rock Blogging category this year, so when I had a chance to go she her at the legendary Whisky-A-Go-Go on the Sunset Strip, I jumped at it – and took Natalie with me!  She said she’s not used to seeing her bands up close at venues like this while being packed in like sardines on the dance floor with a bunch of old guys:

The local market between La Jolla-to-Carlsbad fared pretty well too, all considered.

I hoped we would have at least 100 NSDCC sales per month, and it looks like that will happen (we have 93 closed this month, as of today). Relatively-speaking, prices have held up too – but sales have plunged, which means sellers aren’t budging much, at least not yet.

The housing stock between La Jolla and Carlsbad are generally older homes, with the exception being Carmel Valley. As a result, most of them are owned by the baby boomers, and they don’t want to move!  Because they are comfortable with aging-in-place, the inventory of homes for sale will likely be very limited for the next 5-10 years – no matter what the prices are.

Next year is upon us!

Those sellers (and their agents) who are bold enough to list their home for sale early in the year will be relying on recent comparable sales to guide them on price. But where are the 2022 comps? They are all going to be higher than what the buyers are thinking. Sellers like to use the highest sales to determine their list price, so they will consider the frenzied-up sales from early 2022 as part of the dream too.

Their only hope is that no other new listings pop up nearby to spoil it for them.

Buyers will be determined to wait this out.

Mortgage rates will be climbing higher, and buyers will want to be compensated with lower prices – and it won’t matter much what the price is, they will just want it lower. But sellers aren’t going to believe it until they test out their aspirational price first.

As a result, we’re going to see more like this:

Listing agents won’t be rigorous about their initial list price, or about reducing their price after a few weeks of failure on the open market. They will just wait it out, and then 70 days later they will get lowballed….and just take it.

We know that the estate sales will be a predominant part of the inventory from now on, and they will be particularly prone to being hit like this. But because the kids will be tired of waiting for their windfall, they will succumb and blame Jay Powell.

But hopefully it will mean that the needed price discovery will be completed in 2023!

This seller did everything imaginable to upgrade this house in NE Carlsbad, and then got into trouble – BofA filed a Notice of Default in April on his $1.9 million mortgage. But don’t feel bad for him having to drop from his lofty $4.5 million initial list price to eventually sell for $3,175,000 – it is still the highest sales price ever in this zip code.

These are my favorites this year: 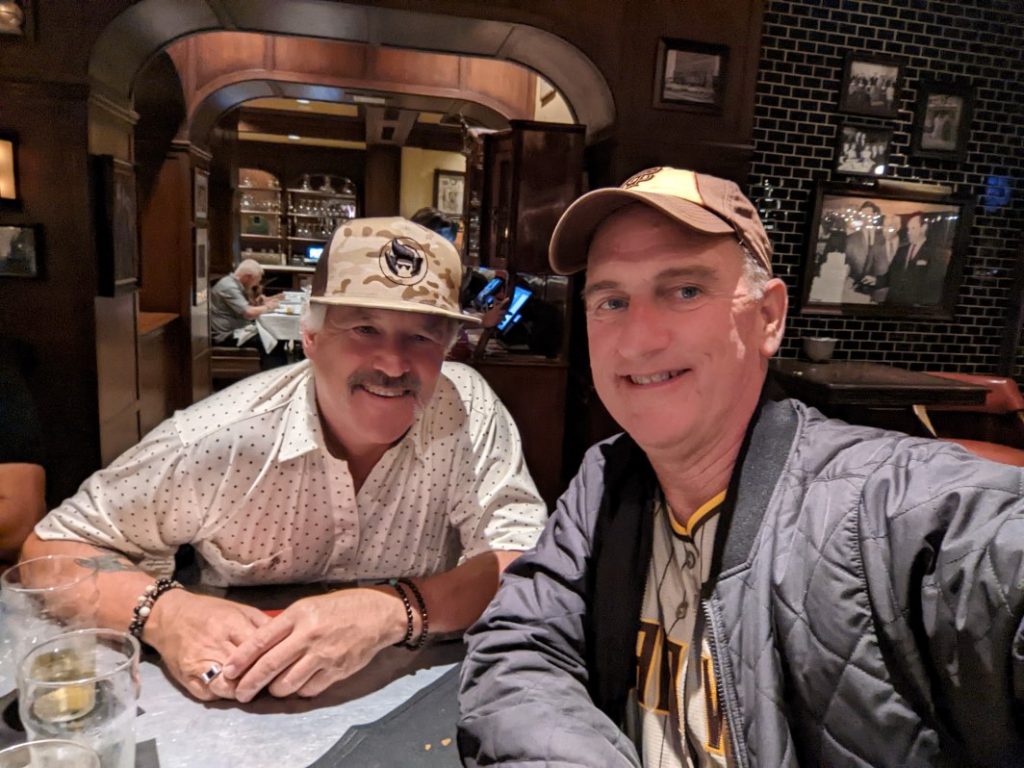 Richard and I on the way to the Padres vs. Dodgers Playoff Game 4 knockout 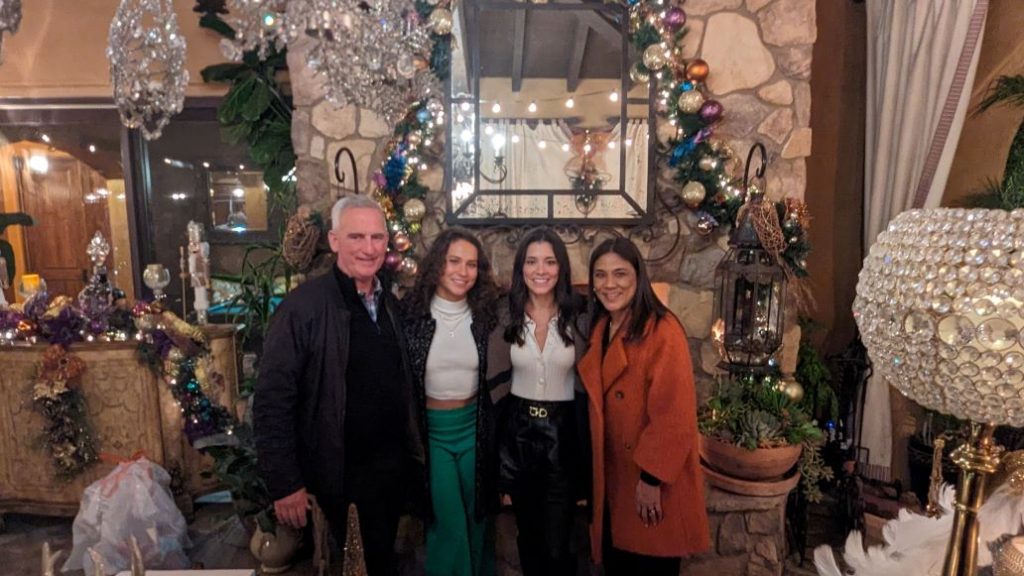 At a friend’s Christmas party

END_OF_DOCUMENT_TOKEN_TO_BE_REPLACED

A few historical photos this year: 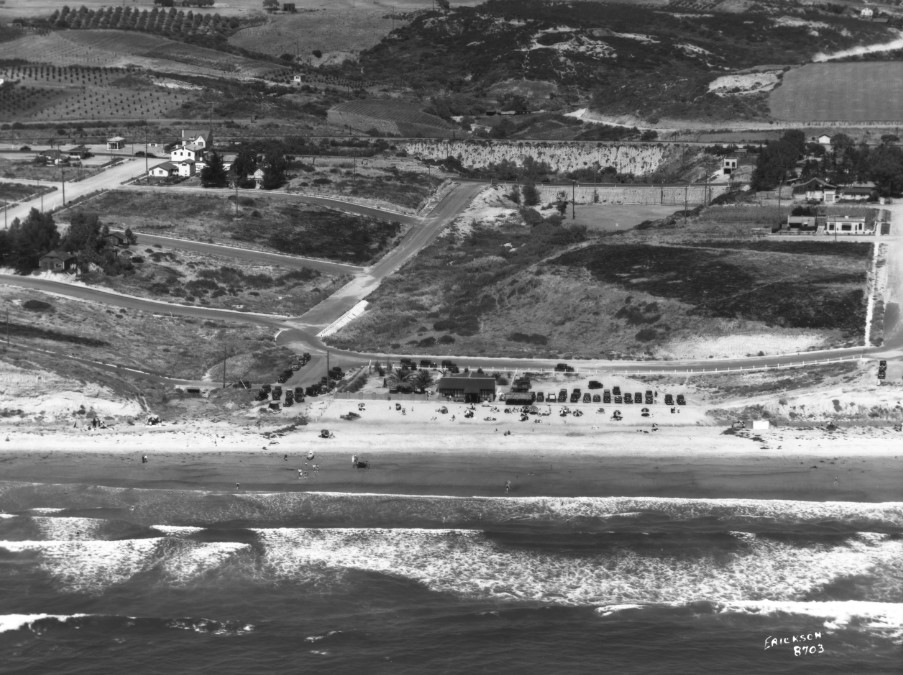 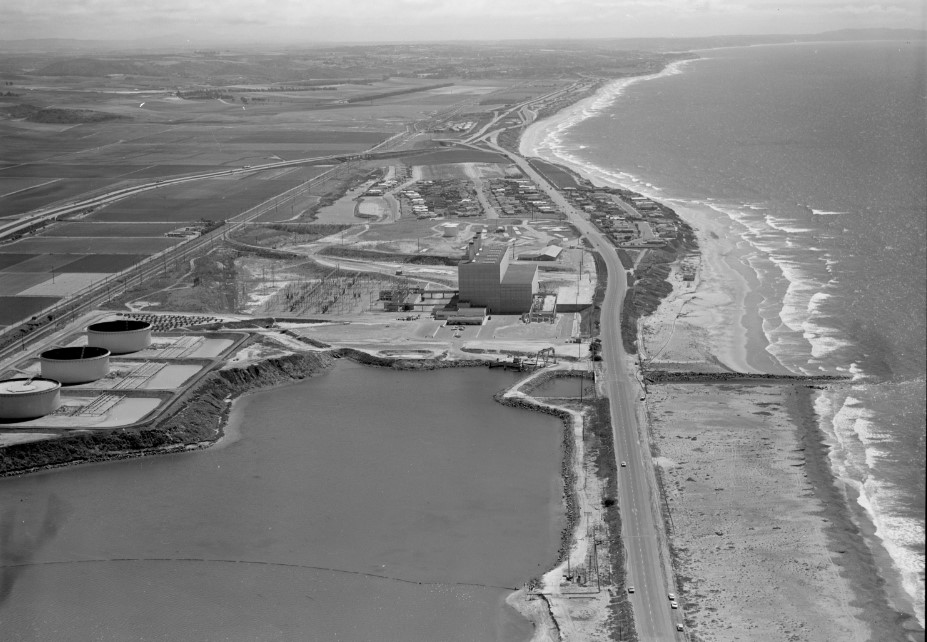 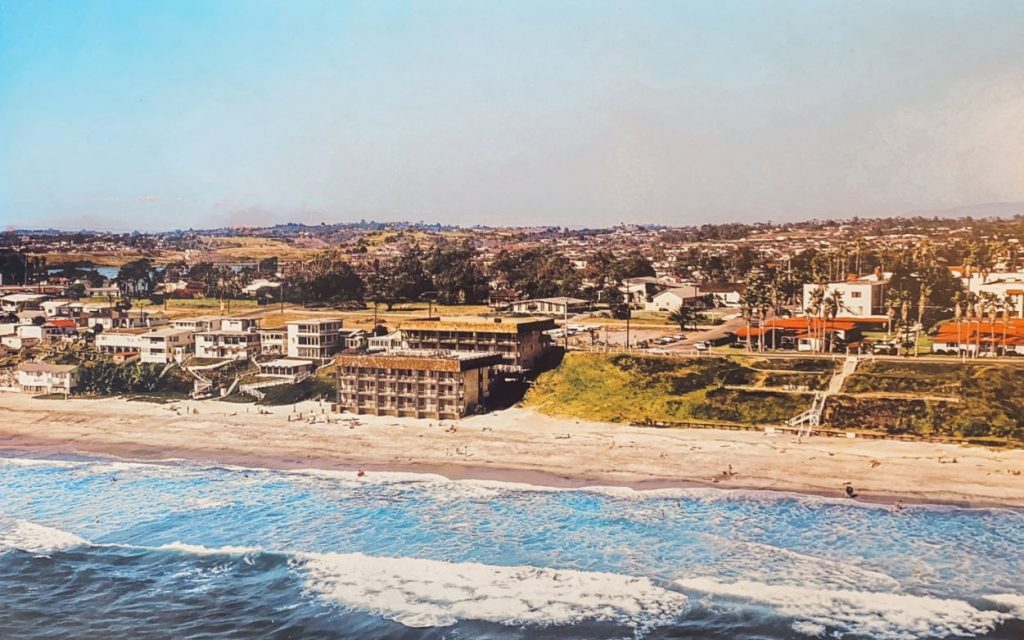 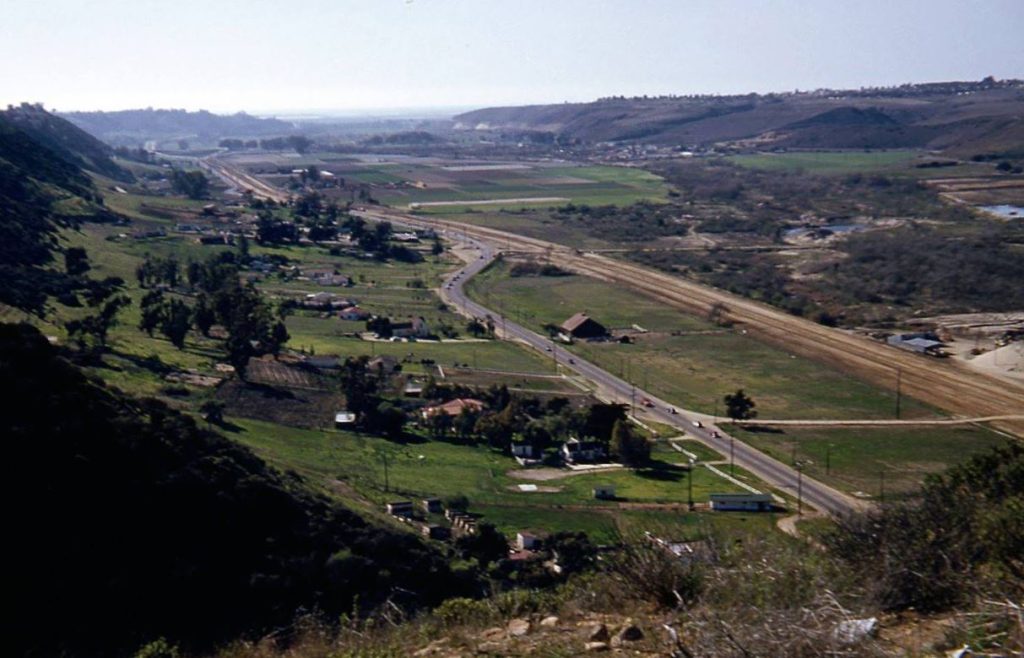 Mission Valley in the early 1950s 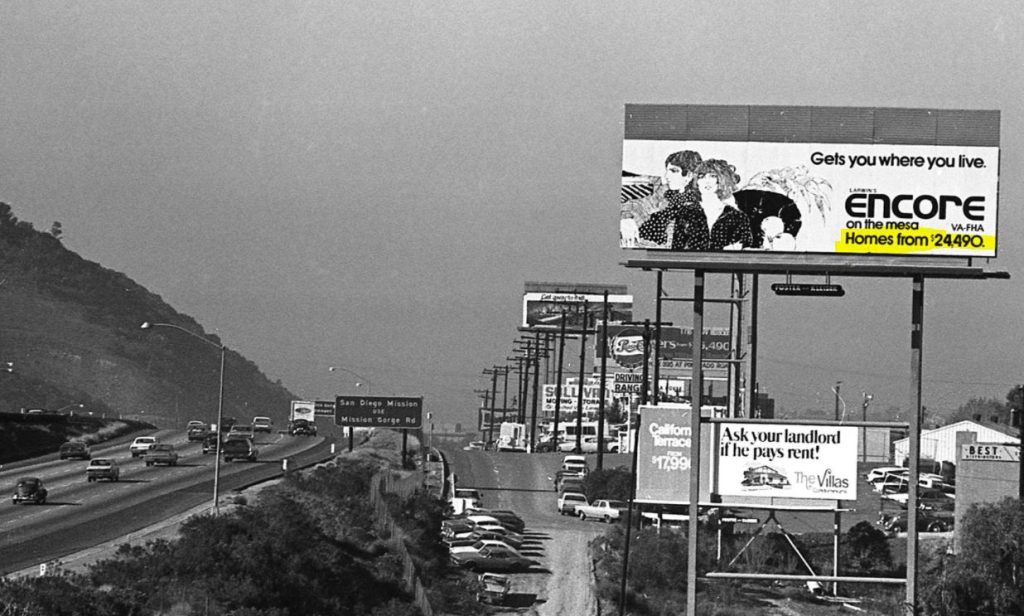 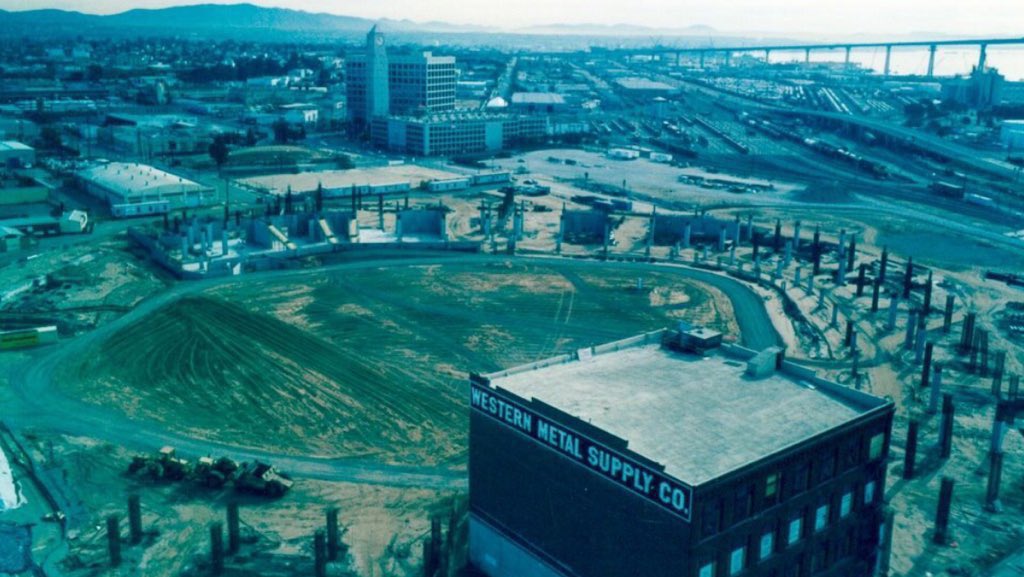 My two favorite videos of 2022, mostly based on number of views. I said this on July 20th: 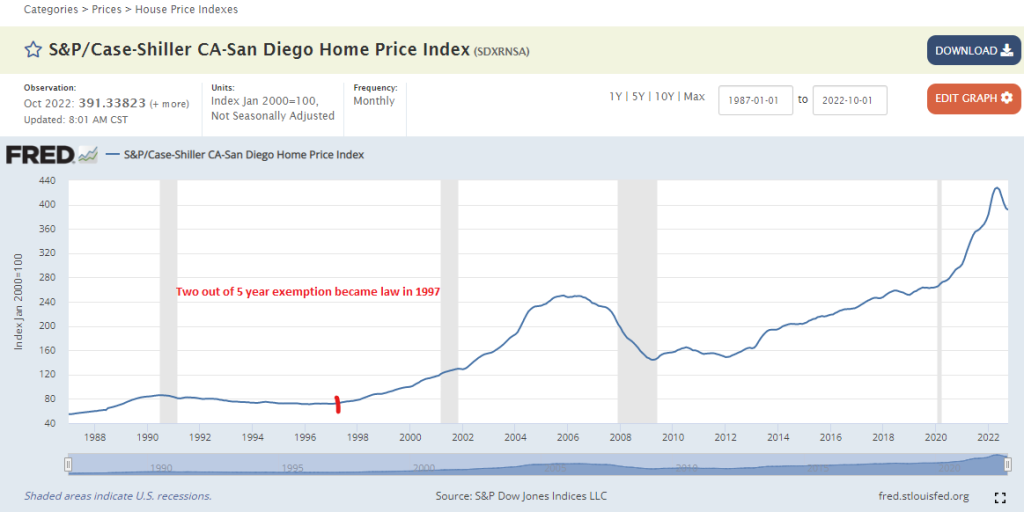 The local index peaked in May, so today’s local Case-Shiller reading for October is the fourth in a row that reflects the much-higher mortgage rates:

It looks like we may have seen the worst of it?

If so, and the monthly declines are tempered over the next couple of readings, it should mean that the index will be in the 380-390 range as we roll into the spring selling season – or about where it was a year ago.

It sure seems to be going better than most people thought it would! 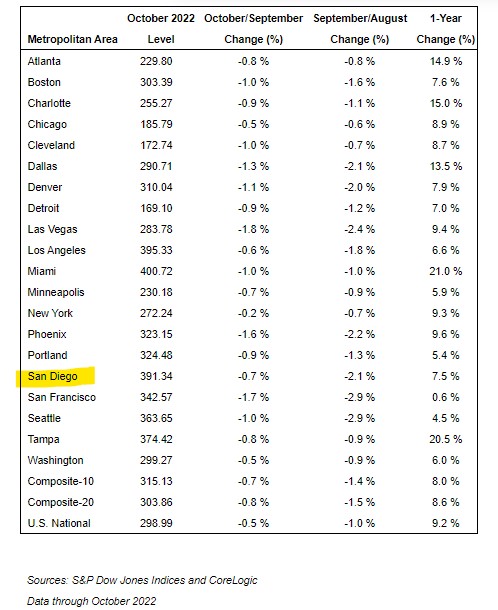 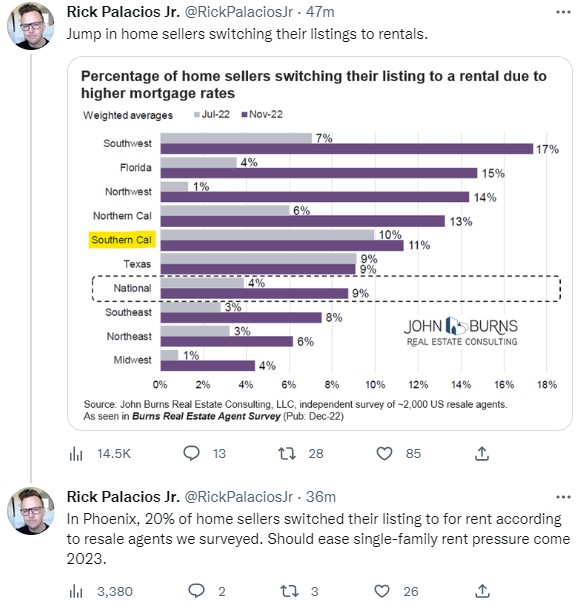 How does it compare to where we started?

Today’s sellers have come down a little on price, but they’re not convinced yet.  Even though there are more competitors today, there aren’t enough to feel like you have to give it away:

Number of Active Listings Between La Jolla and Carlsbad

Hopefully next year’s sellers will agree that the lingering active listings are a sign of what’s not working.