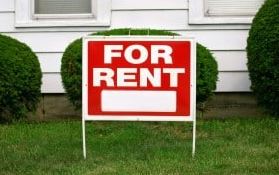 NEW YORK, July 29 (Reuters) – Beset by COVID-19 and its fallout, local landlords are offloading their properties to cash-rich institutional investors, and America’s real-estate market may never be the same.

Before the pandemic, boyhood friends Michael Murano and Richard Tyson owned 96 rental units in their hometown of Rochester, New York. They offered accommodation to low-income tenants, many in the service industry, from rooming houses to single-family starter homes.

Today, they’re well on their way to liquidating the entire portfolio. Two-thirds of the units are already gone. The buyers? Large investors with all-cash offers.

“The last thing we need is to be exporting wealth out of this community, and limiting wealth creation here. But I knew we had to get the hell out of affordable housing – fast – because this was going to be a tidal wave coming at us.”

Many of America’s landlords have gone a year and a half without being paid by tenants, who’ve been protected by several state and local eviction moratoria as well as an umbrella federal ban enacted 11 months ago.

The owners have been waiting for $46 billion to help them survive without that income. The funds were approved by Congress months ago, but bureaucracy creaks; only $3 billion has reached them so far, according to U.S. Treasury Department data.

Now the eviction ban is about to end – on Saturday. Yet thousands of local landlords have already quit the business. And a growing number, like Tyson and Murano, are on their way out.

Taking their place: institutional investors, broadly defined in the industry as firms owning more than 1,000 units.

These bigger players have bulk-bought properties during the pandemic, according to industry data and Reuters interviews with more than three dozen landlords, real estate brokers, landlord associations and property acquisition firms in major cities.

Such investors and their advocates say they provide long-term stability to the market at a time of upheaval, and are trying to fill the gap in rental properties needed by Americans as many small landlords are exiting in financial trouble.

Yet many housing campaigners say the growing presence of big investors in the market will inevitably mean higher rents and less affordable housing available to the types of tenants whose health and incomes have been hit hardest by the pandemic.

About 23% of small landlords, owning between one and three single-family homes, planned to sell at least one property due to difficulties caused by the eviction ban, according to a February survey of 1,000 such owners by the National Rental Home Council, a Washington D.C.-based trade advocacy group.

This could reshape the market in the United States, where local landlords provide the bulk of rental properties and affordable homes. They range from small “mom-and-pop” owners with a few units to medium players with dozens.

During the first half of 2021, $77 billion in institutional money has poured into the rental home market, according to residential brokerage Redfin.

This month, for example, Tricon Residential (TCN.TO) announced it would be spending $5 billion to buy an additional 18,000 homes together with a Texas pension fund and other large investors.

“There is an incredible demand and a shortage of supply for high-quality rental homes – in fact, we receive over 5,000 calls weekly to rent our homes, with only 250 homes available at any time,” said Kevin Baldridge, Tricon’s chief operating officer,

“Every day, there is a new press release on an existing or new investor group raising billions to buy properties,” said Rick Palacios, Jr., John Burns’ director of research.

“The big buyers are happy to take these properties off local landlords’ hands.”

In Washington, D.C., affordable housing landlord Arthur Nalls tried for months to hang on after the pandemic began, paying off the mortgages on his two rental buildings with savings, then his credit cards and finally his retirement fund.

In January and June, Nalls sold his two properties to investors. “You can probably tell by the tone of voice,” he said, “I’m extremely bitter about the whole thing.”

The National Rental Home Council, which advocates for landlords of single-family homes, said large institutional investors still made up a very small percentage of owners but played an important role.

That may be scant comfort to many of the tenants living in the 110 units of Devenscrest Village in Ayer, Massachusetts, which local realtors say is one of the last affordable residential complexes in the area.

Some are now facing displacement after the local owner of the property sold it to an investment firm this summer after an all-cash bidding war.

Three tenants told Reuters that residents there were told by the firm in July that it plans to make renovations that could raise rents from $900 for a two or three-bedroom apartment to as much as $2,100. They said residents in about 40 units, all on month-to-month leases, had received notices to vacate by Sept. 30.

The firm now managing the property, Devenscrest Management, said it was revitalizing a long-neglected neighborhood, and investing millions of dollars in repairs and renovations.

In an emailed statement, Devenscrest added the revamp could not be safely conducted with homes occupied. It said 37 tenants had been given more than 75 days to relocate, which it said was over double the amount of time required by law.

“We recognize that relocating one’s home can be difficult. As we have stated to all residents with whom we have spoken, we will work with those residents who require additional time to find a new home,” it said.

The company said the $900 rent figure was misleading when taking into account the cost of heating uninsulated units, adding that a recent inspection found an original heating system from the mid-1940s. It said that once the units were upgraded they would be offered at the market rates at that time.

The building’s former owner is Larry Tocci, a local landlord who the residents said charged below-market prices. In the past eight years, he’s never had a vacancy.

He said a rapid escalation of property prices in the area had made the prospect of a sale too tempting to refuse.

But, Tocci added, he’s now worried about the tenants with whom he was on a first-name basis.

“I’ve been running the place for 41 years, and I really tried to take care of my tenants. There are a lot of good people in there just trying to get by,” he said. “I know I’ve sold and it’s no longer my responsibility – but after 41 years, I do feel somewhat responsible.”

The increasing interest of institutional investors has already helped push up both rents and home prices during the pandemic, according to John Burns, though other factors like lack of inventory and low interest rates have also been drivers.

Rents are up 7% nationally from a year ago, according to housing tracker Zillow. Average home prices rose 16.6% in the year ending May, according to the CoreLogic Chase-Shiller index, the highest annual growth since it started in 1987.

Even before COVID-19 struck, America was plagued by a lack of affordable homes, defined by the government as one that a household can rent for 30% or less of their income. A quarter of American renters pay more than half their incomes on rent, the Harvard Joint Center for Housing Studies says.

Now, in the aftermath of the pandemic eviction bans, an estimated 6.5 million tenants owed $27.5 billion in back rent and utilities as of the middle of July, according to Mark Zandi, chief economist at Moody’s Analytics.

Robert Pinnegar, chief executive of the National Apartment Association, a landlord trade group, said the economics of small owners meant they were already operating on thin profit margins of around 10% before the pandemic upended life.

“Eviction moratoria have not only left renters strapped with insurmountable debt but have left small owners to unfairly hold the bag,” he added.