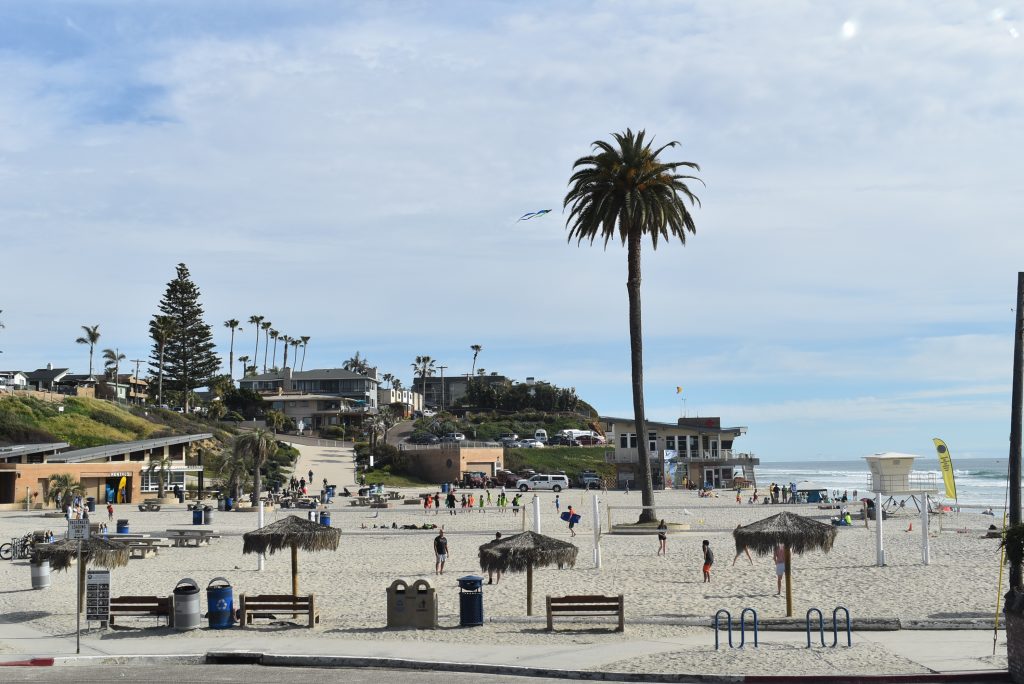 I didn’t see this until today – but the hotness sounds similar throughout SoCal:

She and her husband, Rob, recently spent “well over” $100,000 on a complete remodel of their Encino house that added a backyard gazebo, custom kitchen countertops, new roof and imported bathroom tiles from Spain.

But Krumwiede, 40, said the single-story house still lacked quiet space — a drawback when the COVID-19 pandemic hit and she had to work from the master bedroom if she wanted to escape the sound of her husband’s frequent video calls.

Eventually, it became too much, setting off a chain reaction that led the family to sell their Encino home for $1.5 million and purchase a larger one in Calabasas for $1.7 million.

“It was very uncomfortable sitting on the bed all day long,” said Krumwiede, an entertainment industry lawyer. “My back was really hurting.”

In recent months, the national and Southern California housing markets have been red hot. Bidding wars are common. Homes fly off the market in days.

In November, the regional median home price jumped 11%, while sales climbed 19%, according to DQNews.

Many experts say the frenzy is due in large part to the pandemic. Although many low-wage workers worry they’ll face eviction, the economic downturn has left relatively unscathed the higher wage workers more likely to buy homes in the first place.

Federal Reserve policy has helped drive mortgage interest rates into the recently unheard of 2% range at the same time people are spending more time at home and realize they could use more space.

But the torrid pace of the for-sale market raises the question: Just how long can this continue?

For some, the pandemic simply accelerated decisions planned for the near future. And unemployment is still high, which will hinder home-buying dreams for others.

This was supposed to be the year of the wedding for Derek Fleck and his fiancée, Hayley Atwater, both in their late 20s. Next year, the couple, who met as college freshmen, would get serious about owning a home for the first time.

The pandemic upended everything. With no need to immediately plan for the big day, they found themselves not only with time to home shop, but also a new desire and added ability.

Fleck, a human resources manager, and Atwater, a data analyst, were juggling work calls in a one-bedroom Santa Monica apartment and their savings swelled because “we weren’t going out and traveling anywhere like we normally would,” Fleck said.

In August, the couple closed on a $769,000 two-bedroom condo in Playa del Rey, which allowed them to stay near friends on the Westside but also have more space at a price they could afford.

“It’s roughly double the one bedroom’s square footage,” Fleck said. “It’s one of our favorite parts about living here.”

Although the pandemic accelerated purchases, there are plenty of people who didn’t buy who probably want to, said Danielle Hale, chief economist at listing website Realtor.com.

She noted that large numbers of millennials entered their 30s in 2020 and will continue to do so for several years.

Such demographic factors are one reason the company is forecasting strong price appreciation across the U.S. in 2021, including a 7.3% increase in the combined Los Angeles-Orange counties metro region.

“We have this huge wave of young people who are at ages where historically they thought about getting into the housing market as a homeowner,” Hale said.

Rick Palacios Jr., research director at John Burns Real Estate Consulting, said would-be buyers should have some more options to choose from next year as people increasingly list their homes for sale and builders ramp up.

That added supply, along with the fact there’s only so much people can afford, should temper price growth somewhat in 2021.

But Palacios and other experts pointed to additional factors that will keep prices rising substantially.

Interest rates are expected to remain low, which typically lures people into the market. Lower rates can make homes affordable, but at the same time push prices higher by allowing people to bid more.

The Federal Reserve, and others, also predict unemployment will drop next year as the vaccine rollout continues. Then there are people who have maintained employment throughout the pandemic and have saved because they’re not traveling or eating out.

In 2020, John Burns Real Estate Consulting expects prices to rise 9% to 14% in major Southern California markets, with that dipping to 7% and 10% next year.

“We have a very bullish housing market outlook entering 2021,” the consulting firm wrote in a recent analysis.

People have bid up values to a point where, given falling rates, monthly payments, including taxes and insurance, are roughly the same as a year ago when prices were barely rising as people hit an affordability ceiling, he said.

And although the economy should improve somewhat next year, he said the rebound is unlikely to erase enough economic damage to allow for strong home price increases.

Predictions, of course, are fraught at any time, particularly during this pandemic.

One unknown is the concept of working from home.

If the pandemic eases in 2021 and more businesses reopen offices, the immediate desire for a larger place could dissipate, lessening a trigger that recent buyers say kickstarted their move from smaller rentals or places they owned.

But some experts said many employers have realized work-from-home policies have been successful and will probably remain flexible once they let people back into the office.

As employees get confirmation they can work from home beyond the pandemic at least a few days a week, Palacios said even more people are likely to move, seeking out the larger house or neighborhood they always wanted if not for the commute.

For Krumwiede, she said her family already had their “forever” home before the pandemic and work-from-home difficulty was the thing that got them looking for another place.

But what sealed the deal was when she and her husband realized the lack of a commute provided an opportunity to take their daughter out of private school and move her into a public school district they considered provided better education than the Los Angeles Unified School District offered.

Although the new home they found was only 10 miles away in Calabasas, given Los Angeles’ notorious traffic, the move could have added significant time to their normal commute to Century City, causing the couple not only more aggravation behind the wheel, but less time with their daughter, Sophie.

The Krumwiedes confirmed they could both work from home part time after the pandemic. Then they moved 10 miles west.

Particularly in California’s expensive urban centers, Pinto said, many people with solid-paying jobs have prioritized commute time over living space. They are forking over sky-high rent for a tiny apartment or making a large mortgage payment for a small, old bungalow.

But “once you break the tie to the office,” whole other worlds with cheaper housing open up, Pinto said.

Couple that “unchaining” with the large millennial population aging into their 30s, and that’s one reason Pinto said home prices will rise rapidly in the nation’s suburban and rural communities in coming years.

But don’t expect houses in places such as the Westside and central L.A. to become cheap, said Stuart Gabriel, director of the Ziman Center for Real Estate at UCLA who forecasts rising prices for close-in areas of Southern California as well.

“The demand for those areas so far outstrips supply. It’s hard to imagine, even in the context of shifting preferences that benefit outlying areas, that [close-in locations] would not continue to be highly desirable,” he said.

Unlike the John Burns consulting firm, Realtor.com predicts 2021 price growth will be slightly greater in the Los Angeles-Orange counties metro area than the more suburban Inland Empire of Riverside and San Bernardino counties.

“Those suburban markets tend to do a better job at ramping up construction,” said Hale, the company’s chief economist. “And because they can ramp up supply faster than in more crowded urban areas … that’s why we see prices rise faster in urban areas”

But he predicted a hot market for 2021. That’s not because of work-from-home policies, which he thinks will have minimal effect on demand. Rather, he pointed to other reasons, including the fact prices are already rising.

“The thing about hot housing markets,” Thornberg said, “is it just encourages speculation.”