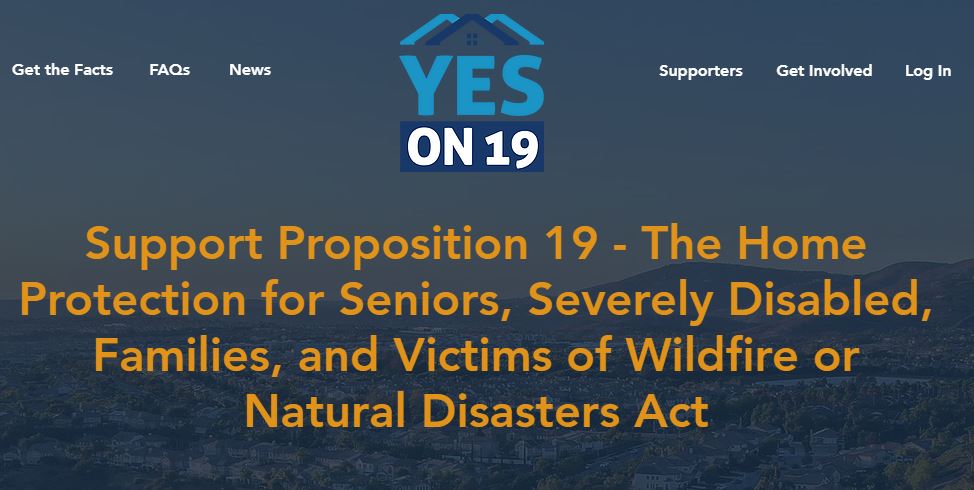 Proposition 19 is on the ballot, and the California Association of Realtors wants you to believe that if it passes, there will be a surge of new inventory from seniors finally being able to sell their homes and take their ultra-low property-tax basis with them to a new home in a county not previously available.

They have deftly orchestrated a campaign that touches on all the hot buttons too. Just look at the title – who doesn’t want to protect the homes of seniors, severely-disabled, families, and victims of wildfire or natural disasters?

But they ignore that seniors have been able to sell and take their ultra-low property-tax basis with them for years – but only if they move to one of the 10 counties in California (out of 58) who have previously approved the benefit.

The ten counties are the major population centers; Alameda, Los Angeles, Orange, Riverside, San Bernardino, San Diego, San Mateo, Santa Clara, Tuolumne, and Ventura. So they want us to believe that seniors have always wanted to move to the sticks – and if passed, the taking of their property-tax basis is the game-changer that gets them to finally move?

But the Association is throwing their full weight behind Prop 19, have gotten the firefighters on board in order to play the wildfire card, and they are advertising on TV: 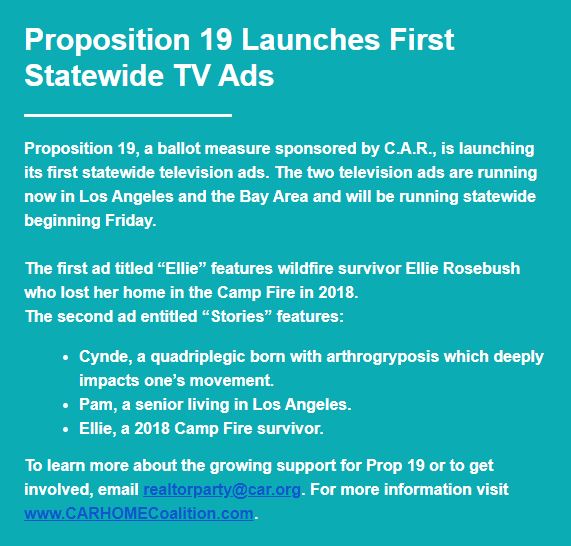 To me, the thought of Prop 19 creating “tens of thousands of housing opportunities” is preposterous.  But seniors are overdue, and maybe it will be the final reason that gets them to move.  For that reason, let’s add the passing of Prop 19 to our list of reasons why the 2021 selling season will be like no other! 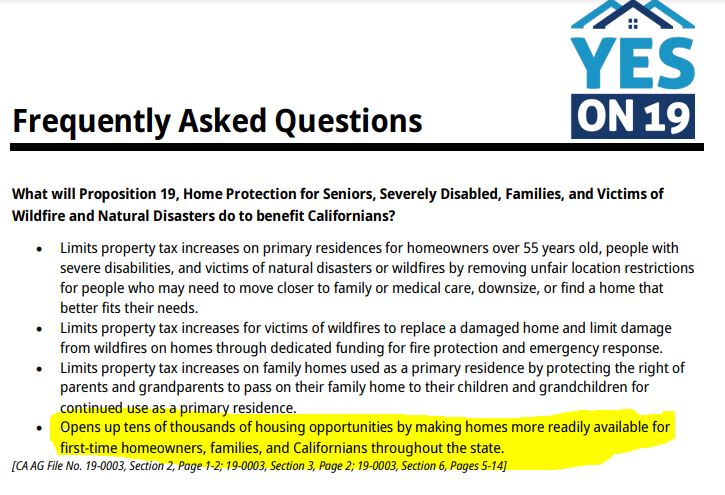