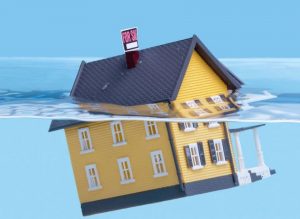 The joys of homeownership tend to be positive for most.  But there is risk – here’s an example:

After looking at several houses along Alabama’s Gulf Coast, my new wife and I decided the sunny cottage on Audubon Drive in Foley was the one—so long as the seller came down a little on the $145,000 asking price.

There were two bedrooms, two bathrooms, an attached garage, a tidy shed that was painted picnic-table red, and a pair of towering longleaf pines. It sat in an oval subdivision of cookie-cutter homes on a lot roughly the size of a basketball court. There was just enough room for the dog to run in the backyard without trampling the vegetable garden. It was convenient to my newspaper office in Foley’s antique downtown and to the elementary school in Gulf Shores where my wife taught kindergarten in a trailer parked outside of the overcrowded elementary school.

The beaches along the Gulf of Mexico were a short drive from the house. Just built and bland as an egg inside and out, it offered a blank canvas with years to go before we could expect major repairs. I replaced the tacky ceiling fans and planted bushes in my head as we looked around. The real estate agent walked us over to see the neighborhood playground.

A week before Thanksgiving in 2005, we signed papers to buy the house for $137,500. We painted the walls and hung blinds in time to have friends over for the holiday.

Twelve years later, little about my life remained the same. I’d left the Mobile newspaper to take a job at The Wall Street Journal. I was no longer married. Pierre, the dog, had died of old age. But I was still sending mortgage payments each month to a bank in Alabama.

I would have sold the house, and in fact I tried. But when the U.S. housing market collapsed in 2007, the property’s value fell far below the amount I had borrowed to buy it. Walking away was never an option. I’d signed papers promising to pay the money back and I intended to do so one way or another. In case my moral compass ever needed a shake, laws in Alabama, as in many states, allow lenders to pursue the difference between the mortgage debt on a property and what it fetches in a foreclosure sale. For much of the next decade, that number kept growing. At one point, it would have been more than $70,000.

I didn’t have that kind of cash lying around and so my only option if I wanted to move away for a better job was to rent the house out at a loss while I waited for the market to rebound.

When I bought the house, I was a newlywed three years out of college who believed I had achieved a signature goal of most young Americans. Instead, I set myself up to pursue an inverted version of the American dream. Most young people aspire to buy their first home. I spent a decade trying to get rid of mine.

Looking back, it’s bemusing that I was ensnared despite being a newspaper reporter who had made a career writing about the frenzied and doomed real estate market along Alabama’s beaches. I knew then that the speculative paroxysm was superlative, even in the context of the national mania for real estate. My cognitive dissonance in spite of everything I knew was a sign of just how strong the lure of this part of the American Dream was, at least until 2007 came along.

In 2007, the worst economic disaster since the Great Depression roared to life. The collapse of the U.S. housing market wiped out some $11 trillion in household wealth and wreaked havoc on Wall Street. It sank household-name financial institutions Lehman Brothers, Bear Stearns, and Merrill Lynch. The mortgage industry became a ward of the state, and an unprecedented taxpayer bailout was needed to stop the nation’s banks from bleeding out. Almost eight million people would lose homes to foreclosure, including roughly one out of every three in my 109-home subdivision. More than 12 million Americans found themselves “underwater,” meaning their homes were worth less than the balances remaining on their mortgages.

People my age and a little older were hit especially hard. We started off strong when it came to homeownership. By our tenth high school reunion, people born in the 1970s, of which I was at the tail end, owned homes at a rate of 42 percent, according to a demographic study by John Burns Real Estate Consulting. We were comfortably ahead of our predecessors at the same age. But by our twentieth class reunions, once the dust had settled from the housing collapse, we had fallen way behind. Our homeownership rate at age 38 was 52 percent, compared with 61 percent for Americans born in the 1950s and 63 percent among those born in the 1960s. I’m right on trend. A homeowner at 28, a renter (without qualm) at 38.

John Burns, whose eponymous consultancy advises home builders, Wall Street investors, and Fortune 500 companies on matters demographic and housing related, calls our cohort neither Gen X nor millennial. We are the Foreclosure Generation.

Regardless of whether we actually had our homes repossessed, the crisis and the forces that delivered it have shaped our approach and strained our access to homeownership. The dislocation has been a drag on builders, brokers, and even tree farmers, not to mention the aging baby boomers who are counting on us to come along and buy them out of their big suburban houses. Yet for some plucky entrepreneurs and deep-pocketed investors, the housing crash presented a once-in-a-lifetime opportunity to stake a claim to the world’s largest asset class: U.S. single-family homes.

Some of the newer clients that Burns counsels are companies that own and manage tens of thousands of tidy suburban rental homes. Such businesses didn’t exist a decade ago. Their conception required two tectonic forces: the foreclosure crisis, which gave them the chance to gain critical mass on the cheap; and a leap in cloud computing and mobile technology that enabled them to orchestrate one of history’s great land grabs and efficiently manage the far-flung properties thereafter.

Today these firms, launched at the depths of the crash by many of the world’s largest property investors, own more than 300,000 homes and counting. With modern technology and a ruthless efficiency rarely displayed by the mom-and-pop types who long dominated the rental-home business, companies like American Homes 4 Rent and Invitation Homes are so hungry for houses that the hunt expanded from foreclosure auctions onto the open market, where they’ve deployed sophisticated computer programs to find the most desirable homes moments after being listed for sale. In many cases the big rental operations aren’t waiting for houses to hit the market. They’re building new ones in cities all over the South and in the West expressly to rent.

Their typical tenant is my age, earning about what I earn. They almost always have children, which makes apartments less appealing and keeps them rooted despite rent increases. They prefer good suburban school districts at just about any cost. They’re also usually too mired in debt to muster a down payment, too insecure in their employment to commit to a 30-year mortgage. Sometimes both. And so they rent what a decade earlier they would have bought, missing out on the manner in which most Americans build wealth.

And we’re just the leading edge of post-crash America. There are tens of millions of millennials coming of age behind us buried in even more student debt, knowing that home prices can fall, and, thus far at least, not generally wedded to the notion of ownership.

The rental companies’ executives, as well as their investors, are giddy with the idea of high-earning, cash-poor, sharing-economy-steeped millennials making babies and alighting to the suburbs in search of nice schools and granite countertops.

Excerpt from UNDERWATER: How Our American Dream of Homeownership Became a Nightmare by Ryan Dezember.