“Wealth is the Vector.” 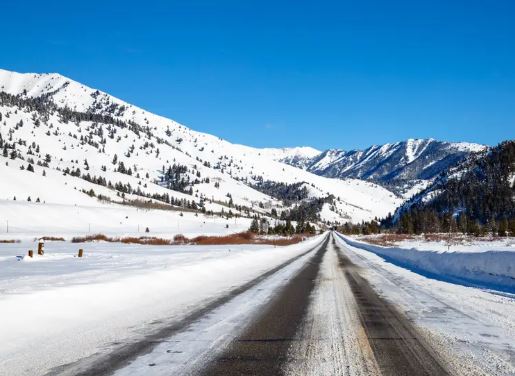 Rich people will get a lot of the blame…..

“Wealth is the vector.” That’s what sociologist Tressie McMillan Cottom tweeted last week, in reference to the spread of COVID-19 across both the globe and the United States.

Wealth is not the cause of every concentrated outbreak dotting the United States. But it’s the common denominator of so much of its spread outside of major urban areas. It’s the reason why so many of the coronavirus hot spots in the Mountain West — Sun Valley, Idaho; Gunnison County, Colorado; Summit County, Utah; Gallatin County, Montana — overlap with winter playgrounds for the wealthy. The virus travels via people, and the people who travel the most, both domestically and internationally, are rich people.

A party in the tony bedroom community of Westport, Connecticut, all the way back on March 5, became what one epidemiologist referred to as a “super-spreading event,” with infected attendees dispersing throughout Connecticut and New England, and one party-goer falling ill on a plane ride back to South Africa. In Idaho’s Blaine County, home to Sun Valley, more than half of the residential properties are second homes or rental properties, and more than 30,000 people fly into the regional airport during ski season alone. As of March 31st, 187 people in the county of 22,000 have tested positive, including local emergency room physician Brent Russell. Two people have died. The town’s small hospital has two ICU beds and a single ventilator.

“People come here from all over the world,” Russell told the Idaho Statesman. “Especially this time of year. When I’m in the ER, I get people from New York, Washington D.C., San Francisco, Seattle. Every week there’s people from those places. Most likely someone from an urban area or multiple people from urban areas came here and they just set it off.”

All over the United States, people are fleeing urban areas with high infection rates for the perceived safety and natural beauty of rural areas. Some of them own second homes in those areas; others are paying upwards of $10,000 a month, depending on the area, for temporary housing. The common denominator among those populations is, again, wealth — either their own or their families’. They can flee the city because their jobs can be done remotely, or they don’t work at all. They either had a vacation house already, or they can afford to fork over what amounts to a second rent, or second mortgage.

Not everyone leaving a big city because of the pandemic is heading for a vacation home; many people with mobile jobs are relocating to stay with family in suburban and rural hometowns. And many of the rural places that will eventually be hardest hit by the coronavirus are not upscale ski and beach towns, but small and often poor communities that have no tourist economy — or any of the infrastructure that comes with it. The resort areas seeing an influx of potentially virus-carrying city dwellers now are a kind of canary in the coal mine: a preview of how desperately overwhelmed rural areas across the country will be by the coronavirus, whenever it arrives.

From the coast of Maine to the North Shore of Lake Superior, hundreds of thousands of people have either already arrived or are scrambling to find vacant rentals. Some are taking precautions when they leave their primary dwellings, fully isolating themselves for 14 days or more in their new, temporary towns, as the White House has recommended for anyone leaving New York City. But many, presumably, are not.

“The worst part is that these second-home owners are coming up and acting like isolation is a vacation,” said Jen, 39, who lives in the northwest Colorado Rockies.