Over the last few years, our Case-Shiller Index has dropped off towards the end of the year – but it has rebounded this year to make up for the Dip of 2H2018. 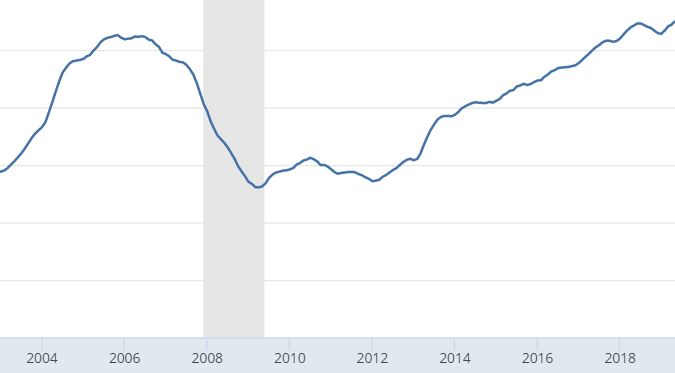 Frank says there is renewed activity in real estate: