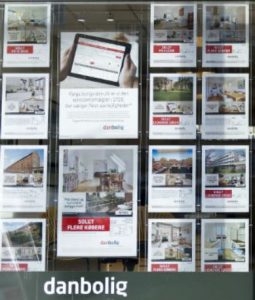 A bank in Denmark is offering borrowers mortgages at a negative interest rate, effectively paying its customers to borrow money for a house purchase.

Jyske Bank, Denmark’s third-largest bank, said this week that customers would now be able to take out a 10-year fixed-rate mortgage with an interest rate of -0.5%, meaning customers will pay back less than the amount they borrowed.

It should be noted that even with a negative interest rate, banks often charge fees linked to the borrowing, which means homeowners could still pay back more.

According to The Local, Nordea Bank, Scandinavia’s biggest lender, said it would offer a 20-year fixed-rate mortgage with 0% interest. Bloomberg reported that some Danish lenders were offering 30-year mortgages at a 0.5% rate.

“It’s never been cheaper to borrow,” said Lise Nytoft Bergmann, the chief analyst at Nordea’s home finance unit in Denmark. It may seem counterintuitive for banks to lend out their money at such low rates – but there is a rationale behind it.

Financial markets are in a volatile, uncertain spot right now. Factors include the US-China trade war, Brexit, and a generalized economic slowdown across the world – and particularly in Europe.

Many investors fear a substantial crash in the near future. As such, some banks are willing to lend money at negative rates, accepting a small loss rather than risking a bigger loss by lending money at higher rates that customers cannot meet.

“It’s an uncomfortable thought that there are investors who are willing to lend money for 30 years and get just 0.5% in return,” Bergmann said.

“It shows how scared investors are of the current situation in the financial markets, and that they expect it to take a very long time before things improve.”