No Payments for Eight Years 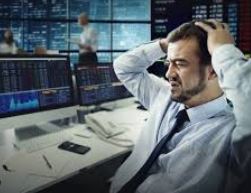 Those who pay their bills on time will cringe at how people can work the system successfully.  Hat tip to SM who sent in this story told by a mortgage rep in Orange County:

My client had both a first and second mortgage on his Southern California home. He fell on hard times back around the Great Recession days. He filed for Chapter 7 bankruptcy in 2011.

Meanwhile, he got back on his feet income wise and credit wise. He made timely payments on the first trust deed, but never paid one penny of his remaining $250,000 second trust deed balance in eight years.

He contacted me about refinancing both his first and second loans into a single new loan. He also had negotiated a $140,000 reduction of the second. So, $250,000 owed turned into a $110,000 second mortgage payoff.

A very sharp underwriter looked more closely at the circumstances of this file. She was able to approve my client on a new Fannie Mae fixed-rate loan with a whopping $545 lower house payment because Fannie’s loan had an interest rate that was 1.875 percent lower than the non-prime loan we were seeking. Hallelujah!

It used to be that mortgage underwriting guidelines were absolutely against any borrower who was perceived as somehow stiffing the lender.  In this instance, non-payment and a reduced payoff.

So, let’s dig a little deeper.

While bankruptcy discharge protects borrowers from having to reimburse lenders for missed house payments, it doesn’t protect them from foreclosure, according to Newport Beach bankruptcy attorney Michael Nicastro. Hence, borrowers typically continue to make their required house payments.

Often the second mortgages are underwater — meaning the value of the house is less than the sum of the first, second, and accrued interest, etc. So, there is no point in foreclosing.

Those lenders typically sell the non-performing seconds for pennies on the dollar to what is known as “scratch-and-dent” investors. These scratch-and-dent investors hope to collect when the property value comes back.

Nicastro points out that the lender can send to the borrower a 1099-C (Cancellation of Debt), reporting the unpaid balance as income to the IRS.

“Check with your CPA,” Nicastro said. “If debt is canceled in bankruptcy, it’s possible that there is no taxable impact.”