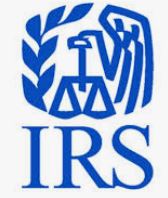 The tax system will be under assault from now on – from the NYT:

A majority of Americans are increasingly open to raising taxes on the wealthy. Lawmakers like Representative Alexandria Ocasio-Cortez and Senator Bernie Sanders have proposed revolutionary ways of reducing wealth inequality.

There are other ways of bridging the gap — ways that stand a chance of becoming law. Here are some examples:

1. Change the estate tax. None of the suggestions in this column can work unless the estate tax is rid of the loopholes that allow wealthy Americans to blatantly (and legally) skirt taxes.

Without addressing whether the $11.2 million exemption is too high — and it is — the estate tax is riddled with problems. Chief among them: Wealthy Americans can pass much of their riches to their heirs without paying taxes on capital gains — ever. According to the Center on Budget and Policy Priorities, unrealized capital gains account for“as much as about 55 percent for estates worth more than $100 million.”

That’s because after someone dies, the rules allow assets to be passed on at their current — or “stepped up” — value, with no tax paid on the gains. An asset could rise in value for decades without being subject to a tax.

Gary Cohn, the former White House economic adviser, once said, “Only morons pay the estate tax.” One solution: taxing inherited property at its current worth to capture gains in value made over decades. According to the Congressional Budget Office, closing this loophole could raise more than $650 billion over a decade.

2. Raise capital gains rates for the wealthy. Andrew suggests introducing two new tax brackets — say, a marginal 30 percent bracket for those earning over $5 million and a 35 percent bracket for over $15 million — so the U.S. could raise money without discouraging investment.

Most of America wouldn’t be affected at all and those wealthy individuals who are successful enough to pay more would be unlikely to hold back on investment. After all, they’d still want to get a return on their money rather than have it sit idle.

Even Bill Gates agrees, telling CNN: “The big fortunes, if your goal is to go after those, you have to take the capital gains tax, which is far lower at like 20 percent, and increase that.”

3. Close the carried-interest loophole. Current tax law allows executives at investment firms to have bonuses taxed as capital gains, not ordinary income. Scrapping that — an idea that President Trump has supported — has clear appeal to Americans’ basic sense of fairness.

4. 1031 Exchanges. One reason there are so many real estate billionaires is the law allows the industry to perpetually defer capital gains on properties by trading one for another. In addition, real estate industry executives can depreciate the value of their investment for tax purposes even when the actual value of the property appreciates. (This partly explains Mr. Kushner’s low tax bill.) These are glaring loopholes that are illogical unless you are a beneficiary of them. Several real estate veterans I spoke to privately acknowledged the tax breaks are unconscionable.

5. Reconsider breaks for charitable giving. At a minimum, Andrew writes, “we ought to consider whether the wealthy should be allowed to take deductions when they move money to their own foundations, or whether they should only take a deduction when the money is spent.”

6. Support the I.R.S. “The agency is so underfunded that the chance an individual gets audited is minuscule,” Andrew writes.

Mary Kay Foss, a C.P.A. in Walnut Creek, Calif., told the trade magazine Accounting Today what we all know, but is inexplicably never say aloud: “No business would cut the budget of the people who collect what’s owed.”

“It encourages people to cheat,” she said. “We need a well-trained, well-paid I.R.S. staff so that those of us who pay our taxes aren’t being made fools of.”