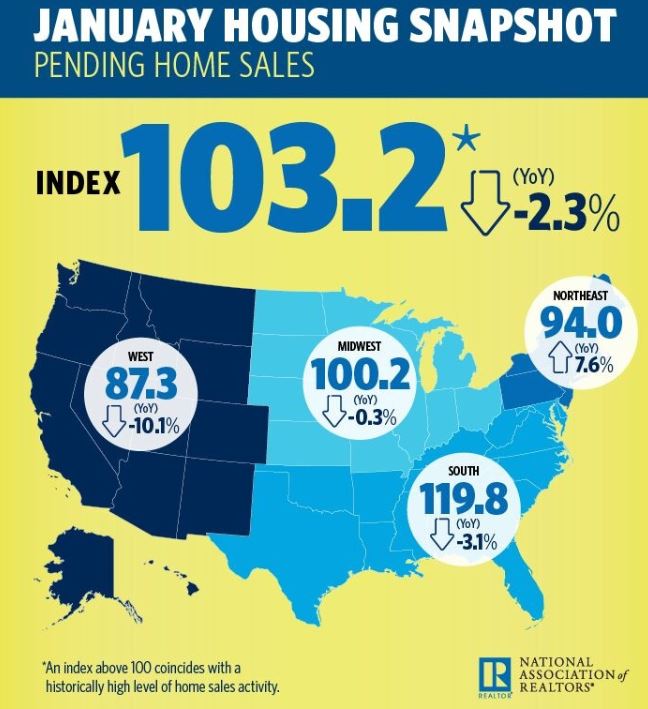 Yunnie is getting deep into cheerleader territory now by ignoring the 13th straight decline in the index and woeful 10% year-over-year drop in the west:

The Pending Home Sales Index, a forward-looking indicator based on contract signings, increased 4.6 percent to 103.2 in January, up from 98.7 in December.

Lawrence Yun, NAR chief economist, had expected an increase in January home sales. “A change in Federal Reserve policy and the reopening of the government were very beneficial to the market,” he said.

Of the four major regions, three areas experienced a decline compared to one year ago, while the Northeast enjoyed a slight growth spurt.

Yun also said higher rates discouraged many would-be buyers in 2018. “Homebuyers are now returning and taking advantage of lower interest rates, while a boost in inventory is also providing more choices for consumers.” 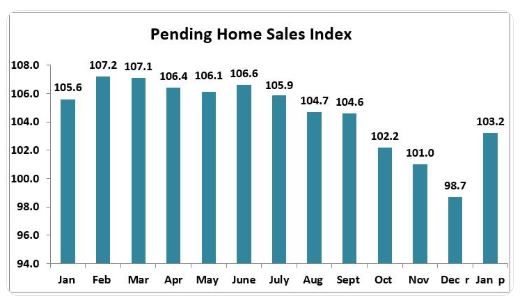