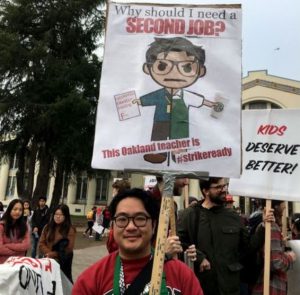 The next election is 20 months away, but the discussion over Prop 13 is already heating up.  It appears the fight is shaping up to be teachers vs. old guard.

Excerpted from the LAT:

That is where the California Schools and Local Communities Funding Act comes in.

Proposition 13 limits property taxes for homes and businesses to 1% of their taxable value. It also prohibits that taxable value from rising more than 2% each year, no matter how much a property’s market value rises. The longer a person or business owns a piece of property, the less they pay in taxes compared with market value.

What the new ballot measure would do is strip that protection from commercial and industrial properties while leaving residential properties untouched. Its proponents estimate that the measure would bring in $11 billion each year to be split among K-12 education, community colleges and local government bodies.

How much would that bring in to primary and secondary schools in Los Angeles County? An estimated $1.375 billion each year.

Veronica Carrizales is policy and campaign director for California Calls, a statewide alliance of community organizations that is pushing for the new measure, which is also known as “split-roll.” Like many analysts, she argues that the origins of the recently ended strike go back to Proposition 13.

The 1978 measure “caused massive disinvestment of local government and public education,” she said. “It did this by creating a loophole for large commercial and industrial corporations that have essentially avoided paying their fair share.”

Jon Coupal, president of the Howard Jarvis Taxpayers Assn., calls that “an urban myth.” His organization is behind Proposition 13 and plans an expensive and vigorous campaign to beat back any changes to it.

If the ballot measure passes, Coupal said, “citizen taxpayers … will end up paying more for the goods and services they buy,” and L.A. Unified will be no better off.

“This school district is the nation’s poster child for mismanagement,” he said.

Joshua Pechthalt, president of the California Federation of Teachers, said the $5 billion or so that will flow toward education if the new ballot measure passes is a significant amount of money.

“But I don’t think it’s enough money,” he said. “I think other things will have to be done to move California and LAUSD into one of the top states in the nation in terms of per-pupil spending and class size.”

It’s unlikely that the middle class is going to feel sorry for the owners of commercial and industrial real estate, and more strikes by teachers should help convince voters to change Prop 13 – especially those who weren’t around in 1978.  We know that the elimination of tax-basis inheritance by kids and grandkids will be included in the initiative, but what else?  This will be the chance to slip in other changes – let’s keep an eye on it!

by Jim the Realtor | Jan 27, 2019 | Bubbleinfo TV, Jim's Take on the Market, Listing Agent Practices, Real Estate Investing, Why You Should List With Jim | 2 comments 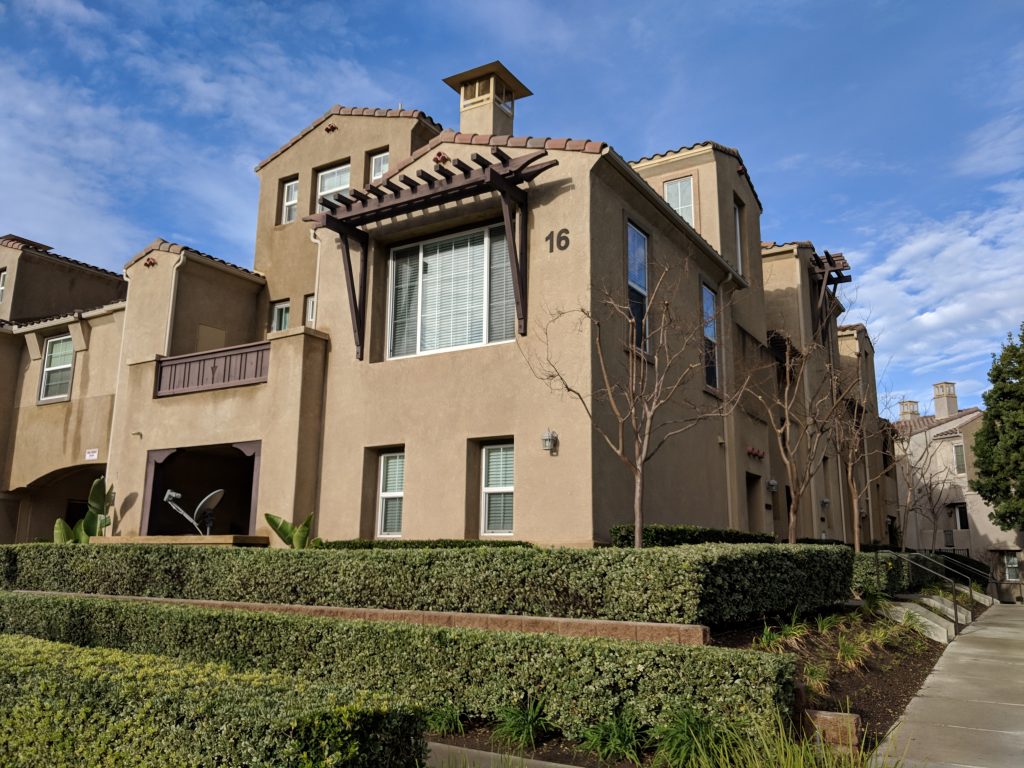 Our new listing of an incredible turn-key 3br/3.5ba, 1,866sf former model home full of light at Costebella in San Marcos – and walking distance to CSUSM! 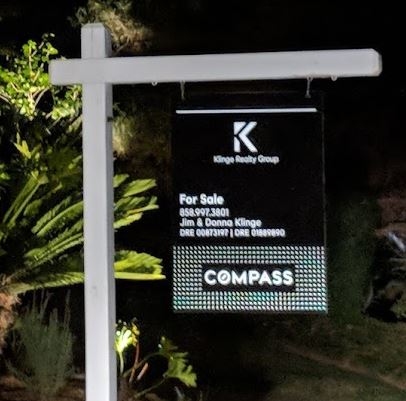 Olivenhain is a little out of the way, but we still had a good turnout! 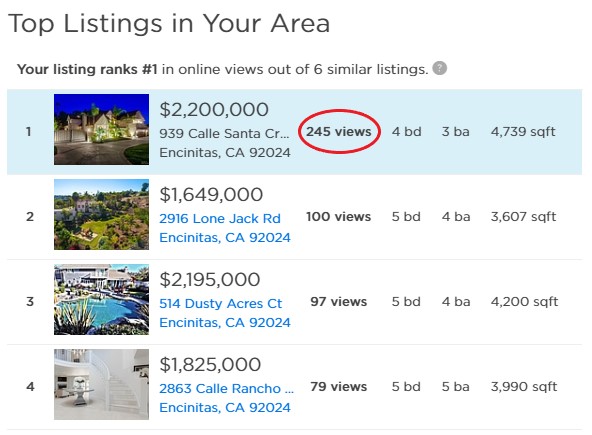 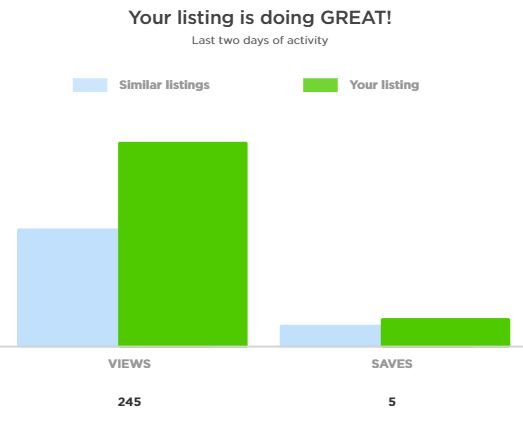 The LAT published the news yesterday that former SDSU star Kawhi Leonard recently bought a home in Rancho Santa Fe for $13,300,000 cash.  Obviously, it sets him up to join the Lakers squad next year, and help return us to glory:

While we’re featuring purchases by pro athletes, an ex-Trojan/ex-Steeler bought this for $9,000,000 in October – I saw it and thought it was fantastic:

Rich’s latest assortment of data and graphs are out:

Here’s one graph that demonstrates the timing of the selling season: 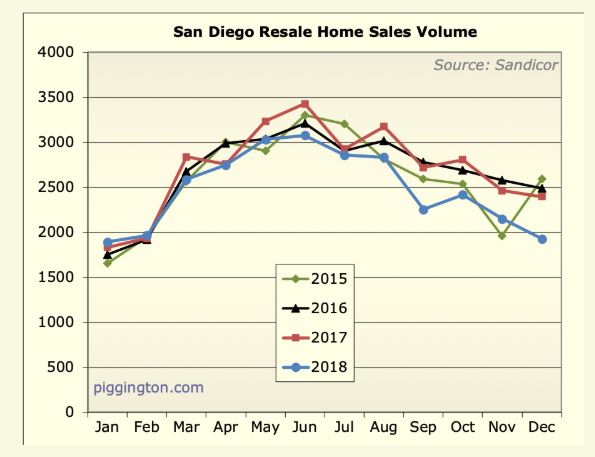 For sales to spike in March, it means buyers have been jumping to get into escrow right after the Super Bowl – and in some cases, prior to!

But also look at how sales drop off earlier in summer.

In 2018, sales from May to June were flat, when they usually rise.

Closed sales in July – which are a result of buyer decisions made in May and June – typically decline from June’s sales counts, but then last year they really fell apart for the rest of the year. And this graph is for the whole county, whose median sales price is less than half of what it is between La Jolla and Carlsbad.

If you are selling, do not think you’ll stand a better chance, later.

February through April will be the season. 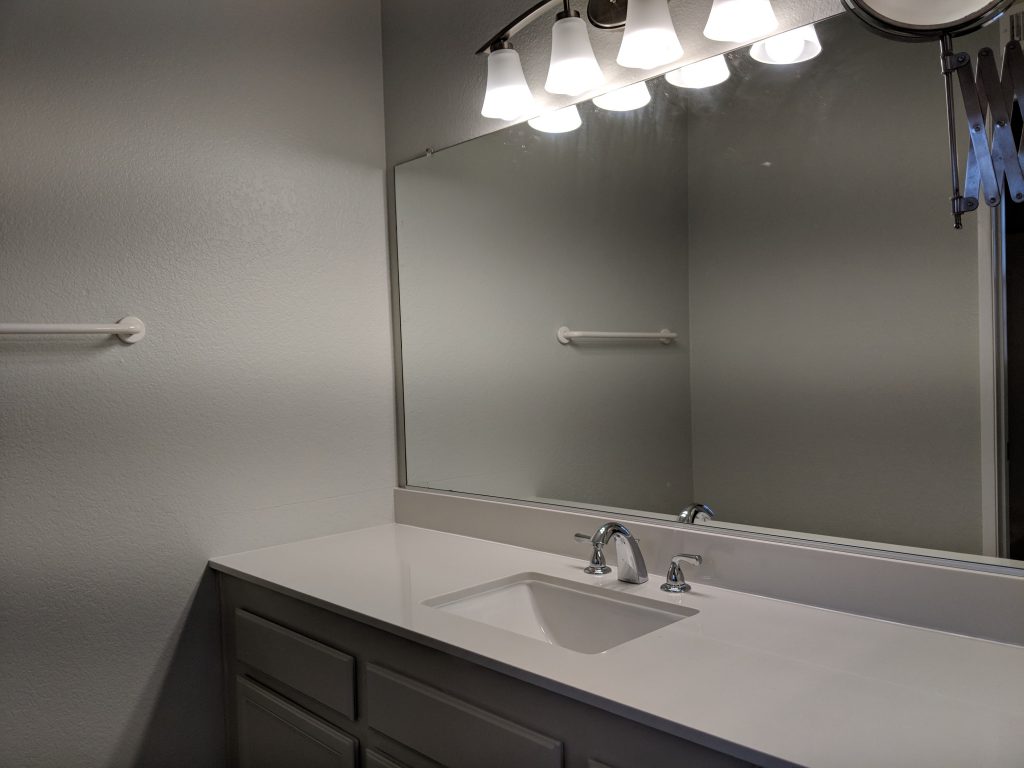 With home buyers’ expectations rising with prices, it is smart for home sellers to do at least minor tune-ups where available.  Here we spent less than $1,000 to make the master bathroom look modern and clean with a new counter, faucet and light (the cabinet and mirror are the originals):

This project was for our Carlsbad entry-level townhome.  For higher-priced homes, I would get the most unique, though neutral, counter I could find. I’m not sure that it matters if it is granite or quartz – as long as it looks great! 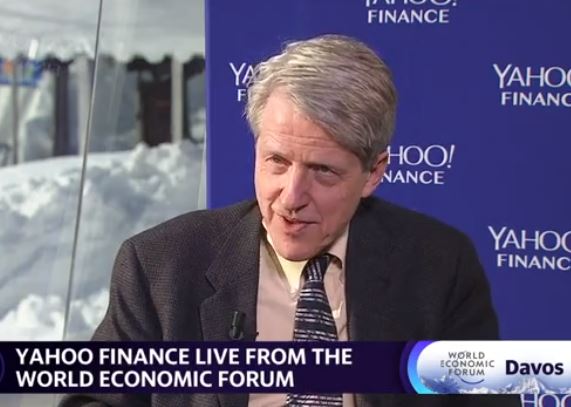 When it comes to real estate quotes, this guy is gold:

“I describe the current boom in U.S. home prices as the third largest boom since 1890. And so it’s big, and people are starting to think that housing is expensive, and that could lead to a turnaround and a drop in home prices,” Shiller said in an interview with Yahoo Finance at the World Economic Forum in Davos, Switzerland. “But I’m not ready to forecast that yet.”

“The housing market, when it starts to slow, that’s a leading indicator that it could turn down,” Shiller said.

Shiller described the housing market as “remarkably trendy,” having gone up smoothly for about the past 50 years. Housing isn’t as easily tradable as equities or other financial assets, Shiller pointed out.

“You don’t have the smart money going in and out from day to day,” Shiller said. “[The housing market] shows momentum, and that momentum is slowing down a bit. There could be a reversal in home prices and a recession. But I’m not giving it a probability of greater than 50% for this year.”

The key factor leading to a contraction are changes in confidence, Shiller said. And on that front, President Donald Trump has delivered a bump to the housing market.

“I think Trump does have a psychological boost for the housing market because of who he is. He kind of exemplifies lavish living. He writes books about success. He’s our first motivational speaker president,” Shiller said. “His motivation will tell you that you have to live the life of a successful person.”

“That’s an important reason why people buy homes,” Shiller added. “They want to be part of the successful people in the country.”

by Jim the Realtor | Jan 23, 2019 | Bubbleinfo TV, Encinitas, Jim's Take on the Market, Olivenhain, Why You Should List With Jim | 4 comments 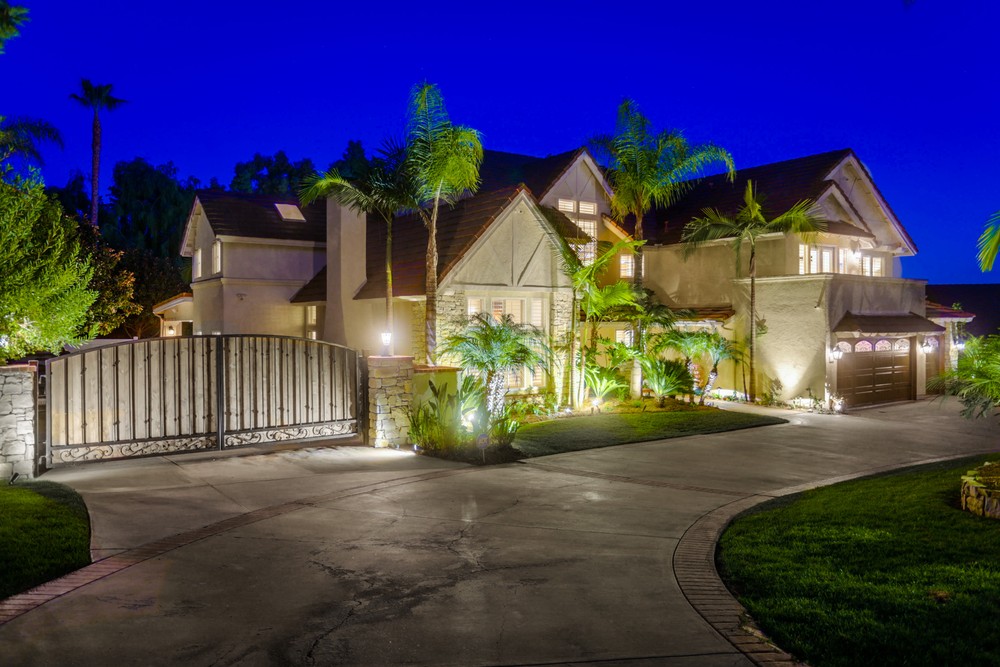 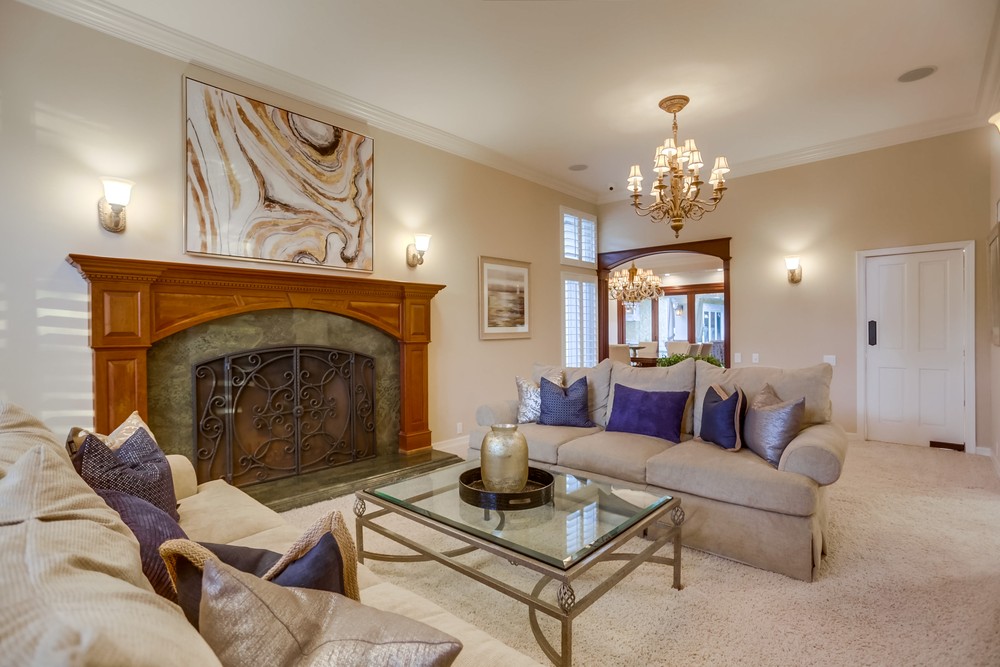 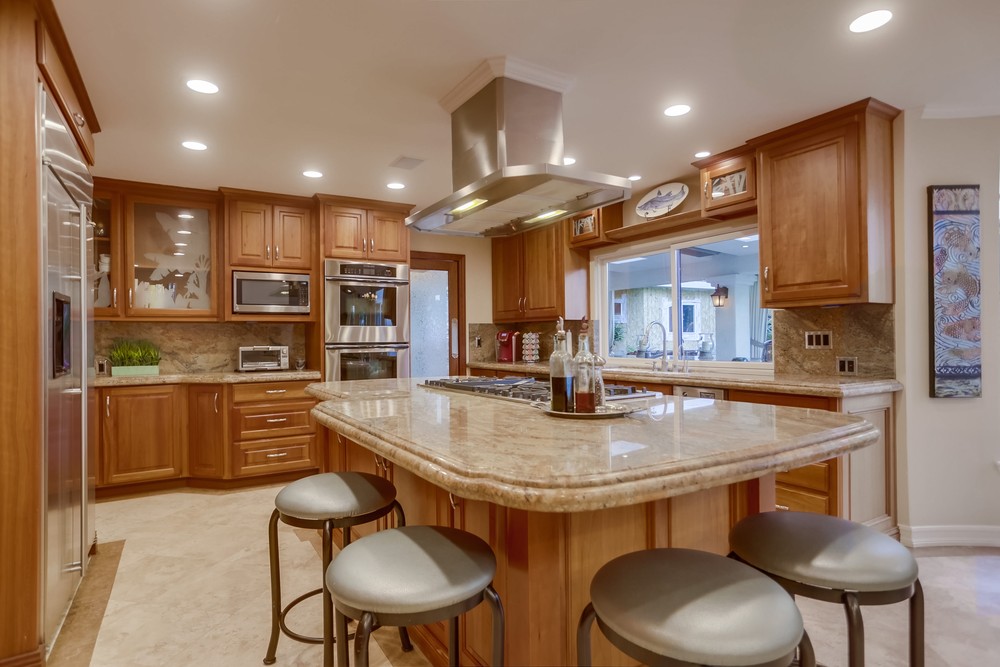 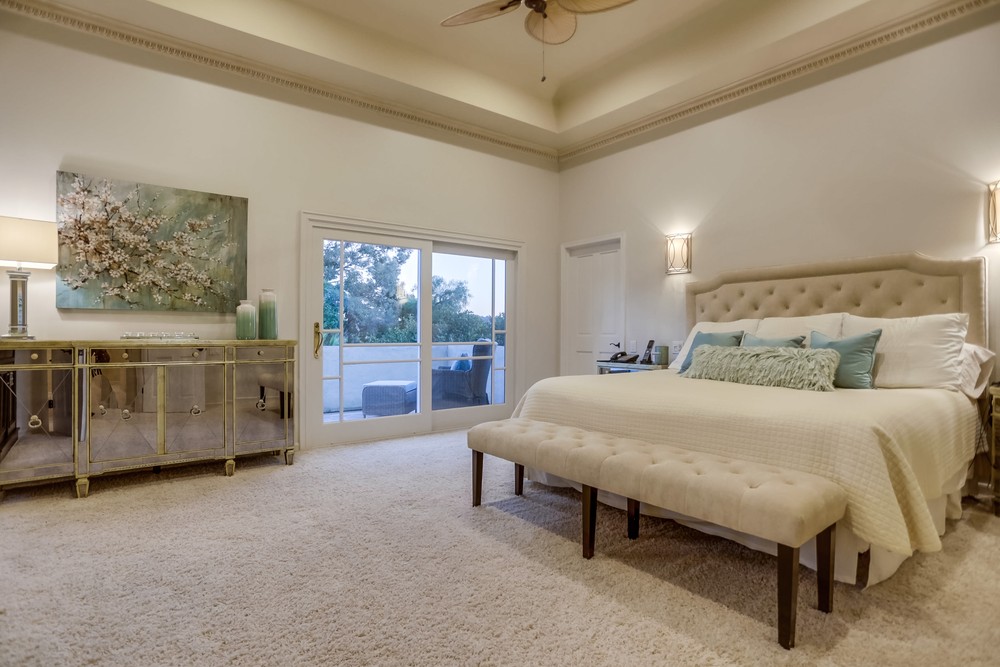 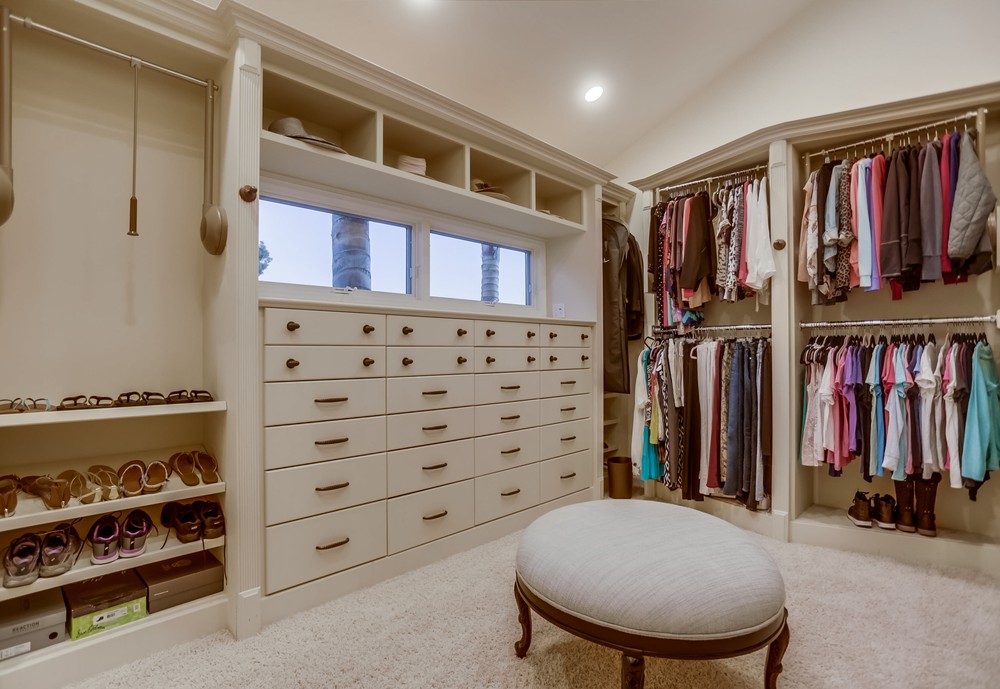 It has the size, privacy, and luxury of a home you’d find in neighboring Rancho Santa Fe, but with modern conveniences such as cable TV/internet, sewer, and natural gas on a much-more manageable half-acre lot size!

Enjoy the well-appointed 4,739sf interior space and then mosey through one of the several floor-to-ceiling glass doors to the exterior – where you’ll find equally engaging features such as outdoor kitchen/BBQ, solar-heated pool and spa, gas heaters, waterfall, and ADU. 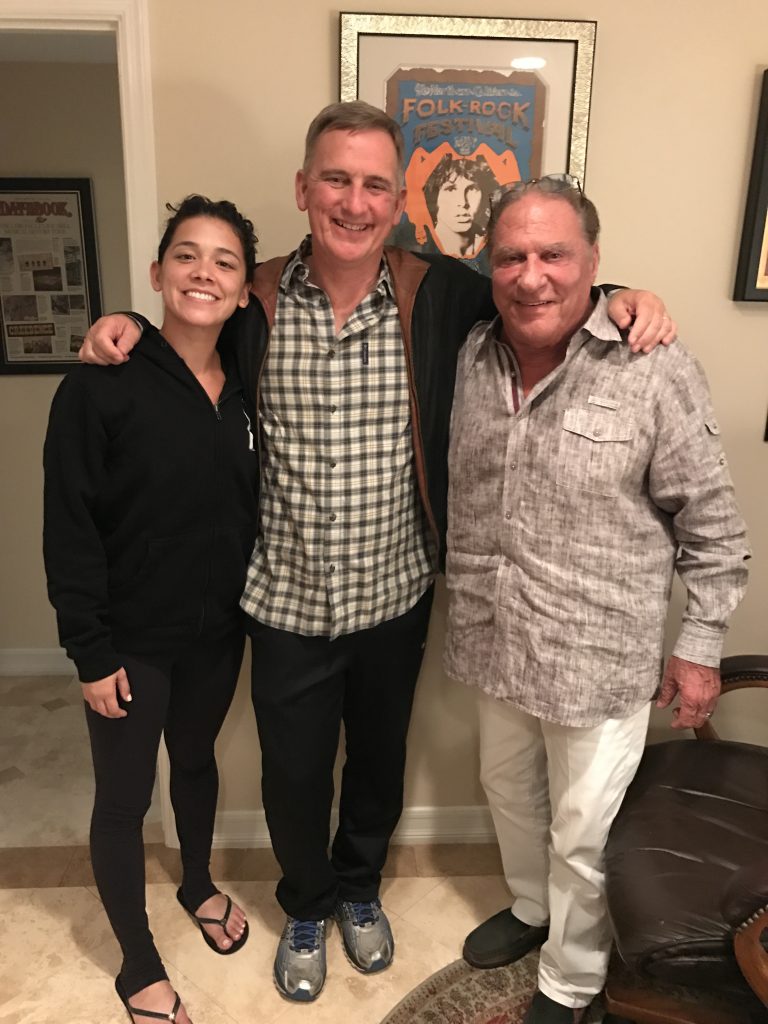 In the 1960s, our good friend Rich Romanello was in the San Francisco music scene, and managed both the Beau Brummels and Sly and the Family Stone.

Here is a clip of him talking about those days:

We are putting his house on the market tomorrow, so let’s play a cut from each band in his honor: 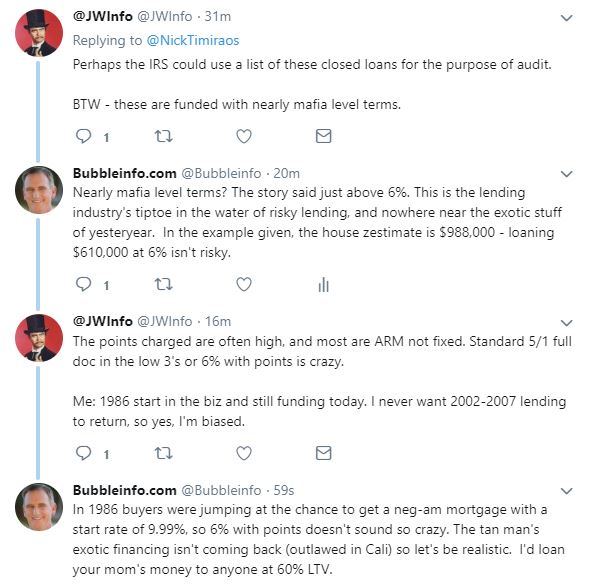